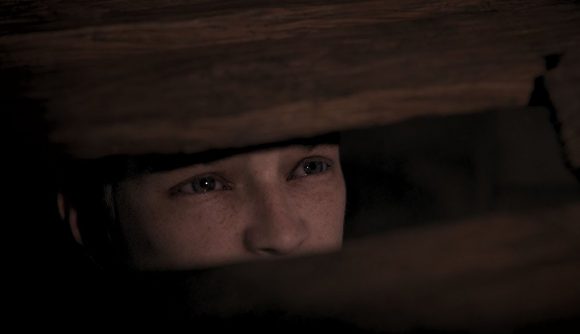 PlayerUnknown’s Battlegrounds has a story now, as indicated by a cinematic trailer launched one week ago. While there are plenty of questions you could raise about PUBG lore, there’s one burning question I’ve needed to know the answer to – who is PlayerUnkown? Yeah, sure, it’s original PUBG lead Brendan Greene, but that trailer sure seemed to hint that the name will refer to an in-game character too.

Studio director Brian Corrigan tells us “the way I think about it is: we have this game, we have these hundred players who drop into these places, and we haven’t told anybody who they are, why they’re doing it, who PlayerUnknown is, or who’s the weird, grey-bearded guy at the end of the trailer.”

We asked if it is indeed PlayerUnknown in the trailer, and Corrigan says “We’re really not talking about that yet. There’s more of the story to tell! When I said ‘who is PlayerUnknown’, I just mean in terms of the larger thinking of the story. But yeah, we’re not even saying that the character in the game is PlayerUnknown yet. I just want to make that clear.”

So clearly we’re going to have to wait for details on the storyline’s PlayerUnknown. But at the end of the trailer, the narrator says “Welcome to my battlegrounds.” Whose battlegrounds are there other than PlayerUnknown’s?

The answers here are clear. To me, at least.

The PUBG Season 4 patch notes are available for your perusal, and include much more detail on the gameplay additions that are coming alongside this initial story dump.