PUBG’s biggest update for months is now live. The main draw of update 4.3 is survival mastery, a new progression system that monitors your actions in the game. By analysing where you drop, when you loot, and how often you escape engagements alive, developer PUBG Corp hopes players will learn more about how they play, as well as a new language for discussing tactics with the community – all to improve their results and welcome new players.

You’ll find this richer set of stats in a post-match report. Where the existing weapon mastery is purely combat-focused, tracking your kills and accuracy with the game’s assortment of lethal items, survival mastery watches what you do when you’re not shooting. As well as feeding this information back to you in an easily digestible format, you’ll also earn traits for your trouble.

Parachute straight into war zones regularly, for instance, and you’ll earn the title ‘hot dropper’. These traits go on your unique profile, an ID card which you can further customise with unlockable player poses. To get the lowdown on this, survival mastery, and what it all means for PUBG players, we spoke with studio director Brian Corrigan.

PCGamesN: What kinds of player behaviour will survival mastery reward?

Brian Corrigan: Because it’s such an open-ended game, we purposefully want players to evolve their own strategy to survive. We decided that was one of the key ideas for survival mastery; it doesn’t matter how you get to the end as long as you get there. Whatever you’re doing to get there counts as a correct action – however you’re surviving, you are surviving. So by definition that’s a good thing. 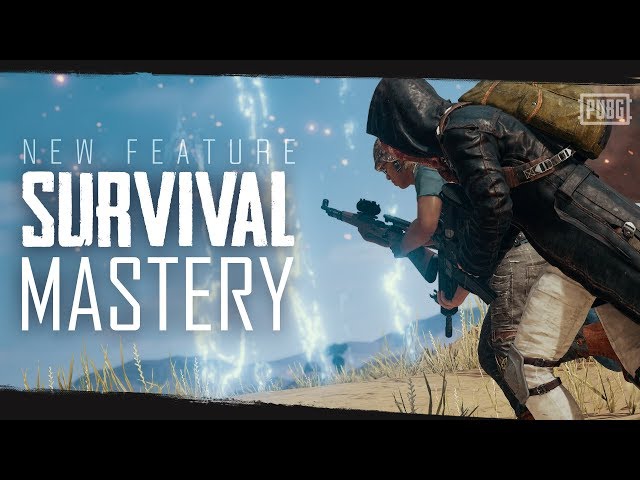 So [with survival mastery] we look for a bunch of different things. We analyse the blue zone, which cycle of the blue zone you’re in, and what actions you’re taking in those different phases. So for example, in the early phase, we’re looking to see if people are looting correctly, and rewarding them if they are.

We don't want to change how you play, just analyse it

We can also identify when you’re in an engagement with another player, and we can figure out when those windows end. In combat, we’re looking at how much damage you’ve done versus how much you’ve taken, and we’ve got an algorithm that rewards you for coming out of an engagement alive. There are other things like driving, as well.

Well, we’re really careful with this system not to influence play. This was a core tenet – we don’t want to drive the meta in a certain direction, we’re just looking to analyse gameplay as it’s happening. Looting in the early phase is a good thing because you need to get equipped before you get into the later phase, so we’re looking to see when and if you’re doing that, and if you’re doing it, we’re giving you survival points.

It’s [weighted] towards anything that gets you to the endgame. All these things are a little bit different depending on which stage of the blue zone you’re in, whether you’re in or out of combat and so on, so it’s pretty complicated, but the easiest way to think about it is: whatever action you’re performing, we’re looking at the type of situation you’re in, and then looking at those actions, and then rewarding you for coming out alive. 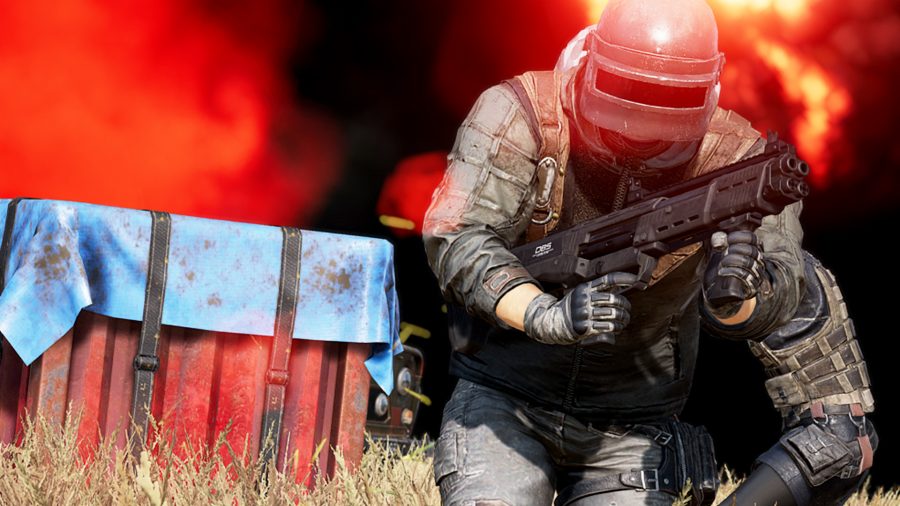 It’s pretty neat. We’ve been working on it for almost a year. It’ll be cool when players see it for the first time – it will show up in the last match report, which we built for the mastery system. Players will see a kind of overview of the journey they went through in the game – we show you where you landed, what you did,in each area on the map, what you did in each phase, where you started engagements, so there are a lot of interesting things we can get out of it.

For example, if you land and get into a combat situation right away, we can tell that you’re ‘hot dropping’. So whether you’re doing that on purpose, or are a new player and you don’t know that term, we can identify that and help you understand some of the decisions you’re making at different points in the match, and then ultimately help you improve because of that understanding.

What impact on players do you foresee? Do you think this will this change the way people play the game?

Well, I hope not. Again, we try to ensure that anything progression-related won’t influence the meta, that’s really not the point of progression systems, including the mastery system. Their goal is to try to understand play. You see that in the system here, because for the first time we’re classifying players. We have this idea of traits, through which we can identify [playstyles]. So if you like to hot drop all the time, we give you the trait of ‘hot dropper’.

In that last match screen, you’ll also get to learn about people that you might have entered into an engagement with. I think this is particularly useful for new players, because PUBG, famously, is a really hard game to master. That can be really intimidating. So let’s say you’re new, and you don’t really understand what hot dropping is, but you see all these parachutes going to Pochinki so you head that way and then you get killed ten seconds later. When you get to the survival screen, you’ll see that [the person who killed you] is a ‘hot dropper’. You’ll see they’re probably more skilled in doing what you attempted to do, and maybe there’s a better strategy for you. 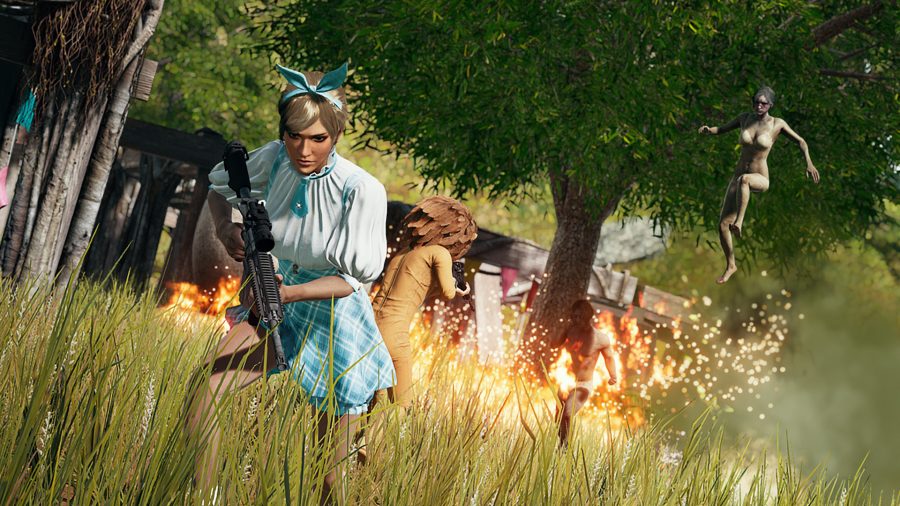 So for new players, the first thing we want them to understand is the style that they’re playing in, then maybe understand where that’s not the best strategy at certain points in the game. And we’re not passing any judgement, we’re just explaining the choices you made.

A lingua franca will form, so new players can talk about what they're doing

Even just being able to give them a name means a kind of lingua franca will form in the community, where people can discuss the different things they’re doing. So they can say: ‘well, I’m a new player, I’m being categorised as a hot dropper, and I’m being shown that I’m not getting enough loot early in the game. How can I get better?’ Other players can make suggestions just from that conversation right there, whereas before it was really hard to talk about that sort of thing if you were new, because you don’t understand those basic concepts.

Is it possible to change traits?

It is, yeah. Right now we’re allowing them to evolve over time. When you first fire the system up, it takes ten games before we can give you an initial classification. But if you start playing a different way over time, it’s possible that your traits will change to reflect that.

Other than learning their playstyle, what rewards are associated with this system?

We will introduce a new reward system with this, and even though of course players are going to focus on that, I still think the real win here is this common language and the ability it gives us as game designers to understand the gameplay better. For the first time, we’ll be able to see that the majority of the player base is playing a certain way. Right now it’s really hard to know that, because it’s so open-ended. So I think the real reward is in the stats and the traits, and the way players are going to be able to talk about their style with one another. 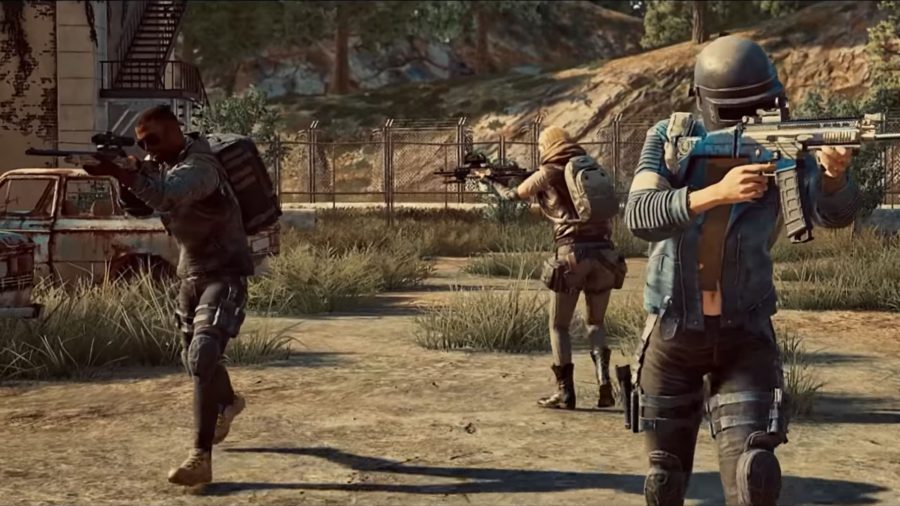 But sure, we need a reward system too. It’s built off this new mini-profile concept called PUBG ID. The idea was, if we’re going to allow players to exchange information, we want to allow them to build a history. Weapon mastery allows you to see your gun skill build over time, and now with survival mastery, you can see survival skills build over time, so we want a way to show all this off.

That’s PUBG ID. It’s kind of a customisable passport – the more survival points you earn, the more ways you can customise your PUBG ID. The rewards are emblems, which are logos that you can stick on your ID; poses, which is the way your character poses for [the ID’s] picture; and banners, which are a way to change some of the colour scheme. We’ve got more coming over time – this is just an initial pass at the system. We definitely plan on expanding it a lot, and I think its roots will spread into other parts of the game. 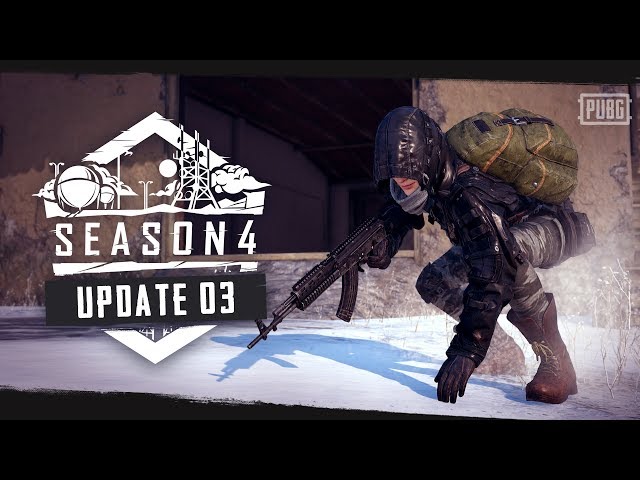 Can we expect any further mastery systems, or is this it?

Well, this is what we’ve got planned for now. Over time, we’re going to unify the system, and spread it throughout the rest of the game. We’ve got lots more planned, including definitely some upgrades to weapon mastery, but these are the two core pieces at the moment.

But you know, once it hits the player community and we start getting a lot of feedback, who knows? We really listen to Reddit and Twitter and all the other social media places where players talk to us.

Have you thought ahead about how this will be received?

A little bit, yeah. When weapon mastery hit, we knew right away that the first piece of feedback we were going to get was that it needed stronger rewards, and it did. That happened because we had to pull some of the rewards at the last minute, so we knew that was going to happen the second it went live.

We’re planning to go and kind of back-fill some of those with survival mastery. I don’t know – I do think this system is pretty unique. It’s definitely unique in the genre, but we think it fits really well for this game. So yeah, I’m as interested as everybody else to see some of the feedback. One thing that we need to unify is the last match screen with weapon mastery and survival mastery and the game end screen – that’s something we have on our roadmap.