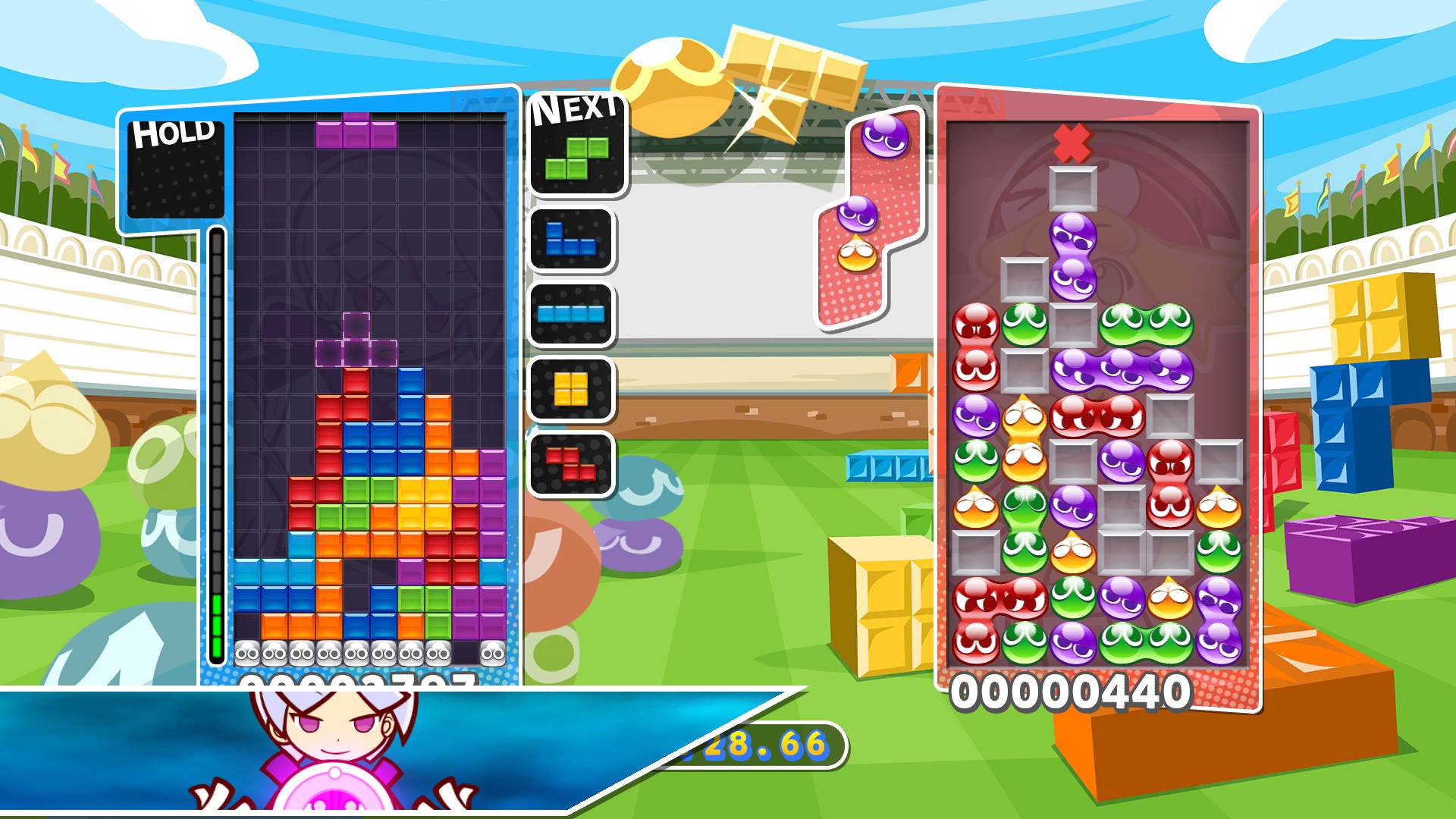 Puyo Puyo Tetris is coming to Steam on February 27, and if you have any love for action-puzzle games you should be clearing your calendar now. Tetris may well be a perfect game, Puyo Puyo is also excellent, and terrific versions of both are part of this package along with a big set of unique, wild, and weird crossover modes.

If you want to play straight, traditional versions of either of the title games, they’re here. You can also do head-to-head battles either locally or online, play modes where your boards swap between Puyo Puyo and Tetris, or see pieces from both games mashed together into a single space. There’s also a surprisingly extensive story mode, and this release will mark the first time you can play a localized version with Japanese voices, allowing you to preserve the, er, dramatic intent of the original vision.

Assuming the PC port turns out alright, this will also be your best opportunity to play just plain-old Tetris on Steam, since Ubisoft’s previous attempt with Tetris Ultimate didn’t turn out super well.

Sega teased the announcement yesterday with a handful of ASCII art images of Tetrominoes and Puyos across many of their Steam games, including everything from Bayonetta to Sega Bass Fishing, before making it official earlier today. The game currently has a 10% pre-order discount on Steam, bringing the price down to $17.99 / £13.49 / €17.99.