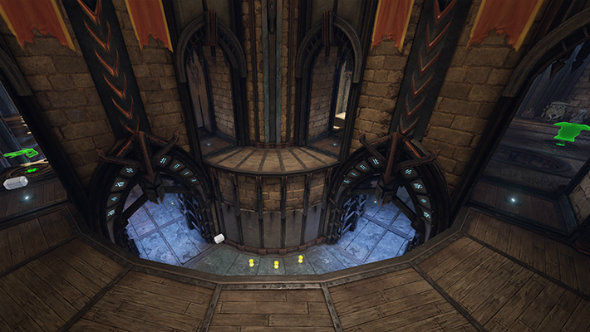 Quake Champions, as you probably know, recaptures the glory days of arena shooters by offering speedy, slick shooting in blood-spattered arenas. To keep things running as brisk as possible, Nvidia have released their latest Game Ready driver. This one should have you primed for the upcoming closed beta.

Always be sure to get as many fps out of your hardware as possible when playing our list of the best FPS games.

There’s no exact date for the Quake Champions beta yet, but all the details you need are at that there link. The driver also gets your GPU ready for Kona and Snake Pass, so players should also see increased performance there.

As well as prepping players for mid-air gibs, the update adds support for the Windows 10 Creators Update, which arrives on April 11.

On top of these support updates, there’s been some small tweaks to the Nvidia Control Panel. Now you can override desktop colour settings on Windows 10. There’s also a new option to disable self-refresh for G-Sync, for those not worried about the extra power consumption.

Lastly, the driver also adds support for Nvidia’s Titan Xp, a super-powerful GPU unveiled earlier today, shortly after Microsoft revealed the specs for their upcoming console. Click that link for the details on what Nvidia are calling “the world’s most powerful graphics card”.