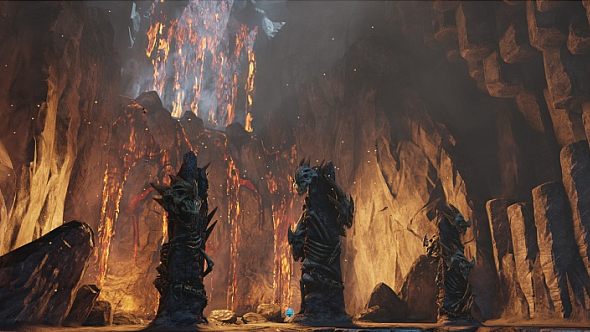 I miss lava. Pools of it and radioactive goo were all over the place in ’90s shooters, like volcanoes and haulers of toxic waste were drunk the entire decade. Fittingly for the latest in one of gaming’s most ’90s franchises, lava is back in a big way in the latest map for Quake Champions.

Who are these champions, anyway? Here are all the Quake Champions characters confirmed so far.

The new map is called Burial Chamber, and it’s a massive tomb sliding into a lake of lava. Claustrophobic underground spaces give rocket-happy players the chance to do some splash damage, a sniping spot can be accessed via some perilous platforming, and tacticians can make use of a choke point by the lava falls.

We recently heard that Quake Champions will be starting a closed beta “in a few weeks”. You can sign up for that at the official website here.