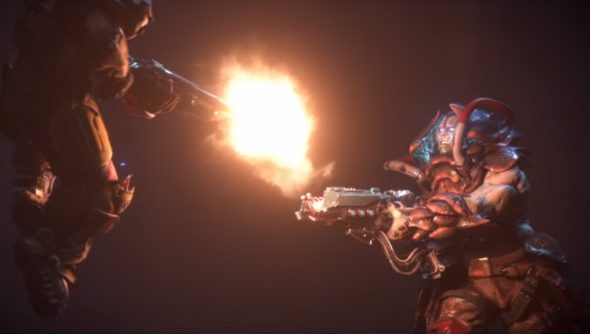 Id Software are deadly serious about Quake Champions running at a 120Hz refresh rate. So much, in fact, that this goal was apparently one of the reasons it’s only coming to PC.

For more of the shootybangs, check out our list of PC’s best FPS games.

In an interview with Gamespot, creative director Tim Willits laid out how important 120Hz was:”That’s why it’s a PC game. No excuses. No limitations,” he said.

He went on to explain that it’s so important because id Software want to nurture the pros and grow a thriving competitive scene.

“It’s everything from input sampling of the mouse to making sure that your monitor refresh rate is fast enough,” he explained. “Because even with Quake Live, we have found throughout the years that going from 30 to 60 is huge, but even 60 to 120 is noticeable.

“Most of us, and even me, I can’t really tell the difference. But there are some players who are inhuman. And we can’t come out and say we’re going to make a game for them and not run ridiculously fast. Because if we lose the pro guys, we’re in trouble.”

Willits explained previously that lower specs would be able to handle the shooter, but id really want it to “shine on good systems”.