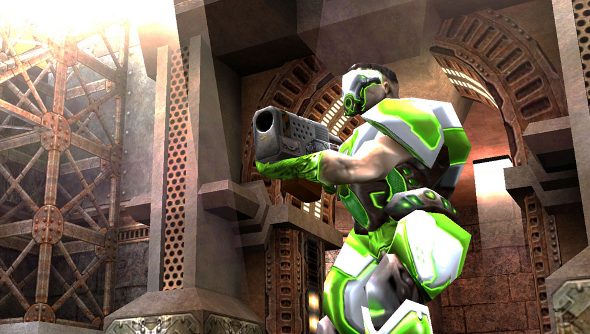 When free, browser-based Quake Live was announced for Steam back at QuakeCon, bringing with it changes and new features, details on what these changes would actually be were sparse. But now the curtain has been lifted, and a hefty update has been applied to the game to get it ready for what the team no doubt hopes will be an influx of new players when it launches on Steam.

Most of the changes are built around the team’s goal to broaden its appeal, making it more welcoming to newcomers. This includes things like letting players select their loadout – their primary and secondary weapons – and scrapping gun-specific ammo packs for global ones.

Change is hard, and if the comments on the update post are to be believed – they’re not – this has killed Quake Live. It’s worth noting that the pre-update game has been preserved in a Classic mode.

“Serious question: Do any of the devs actually play the game? I don’t think so,” someone who is upset asks and then, conveniently, answers.

Here are the optional changes that have people all forthy and distraught:

There are also global changes, like the addition of a new weapon, the heavy machinegun; widescreen support, for HUDs; customisable damage number indicators; and a slew of tweaks and bug fixes.

Quake Live’s update isn’t just for new players, though, say the devs. “We feel that these elements overall help bring Quake one step closer to being a modern shooter, while still holding true to our roots of remaining an incredibly fast paced old school shooter. We’ve had a lot of fun with these new additions, and hope that you learn to appreciate them.”