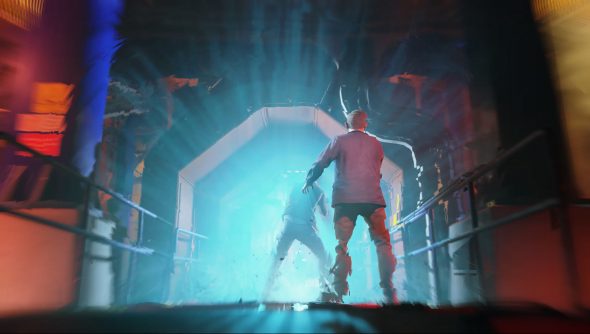 Quantum Break, Remedy’s unusual shooter-and-sort-of-TV-show, is out now on Xbox One and PC, and while the console reviews have been positive so far, PC review codes have been suspiciously absent. We didn’t get one, and neither did any other sites. That’s almost always a bad sign.

So without further ado, let’s see if Microsoft had a good reason to stop us from evaluating the game before release.

Quantum Break’s protagonist, Jack Joyce, might have his mind blown when he discovers he has the ability to manipulate time thanks to, you guessed it, a science experiment gone awry, but visually, the game’s not going to blow any minds. It does, however, make great use of flashy quantum superpowers, gunfights and explosions, making the action sequences immensely enjoyable to watch.

Outside of the action, it’s a mix of mostly solid graphical fidelity unfortunately marred by a filter that makes the camera look like it’s been smeared with Vaseline and inconsistent texture quality. There’s also some Uncanny Valley weirdness going on, and while characters can sometimes look impressively like the actors playing them (see Shawn Ashmore’s handsome mug below), sometimes they just end up looking creepy. 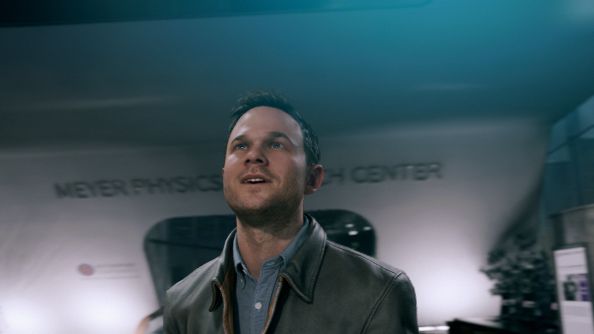 Ultimately, the game looks fine, sometimes very good, but perhaps not as eye catching as the high system requirements imply.

Given Microsoft’s insistence that Quantum Break is an Xbox One exclusive, it wouldn’t be surprising to find that the PC version has been treated like an afterthought, absent the sort of graphics options that we’ve come to expect. Thankfully, that’s not entirely the case. The list of options is a bit bare bones, but it does cover most of the basics, while throwing in multiple lighting options on top of things like texture resolution and effects quality. Lamentably, anti-aliasing has been mostly ignored, and can only be turned on or off, limiting how much tweaking you can do.

One of three presets can be selected if you don’t feel like fiddling: ultra, medium and low. Where’s high, you ask? Well, there wouldn’t be much point in that preset, since the ultra option would essentially be the same thing. Texture resolution is the only option that goes to ultra, while everything else is maxed out at high. 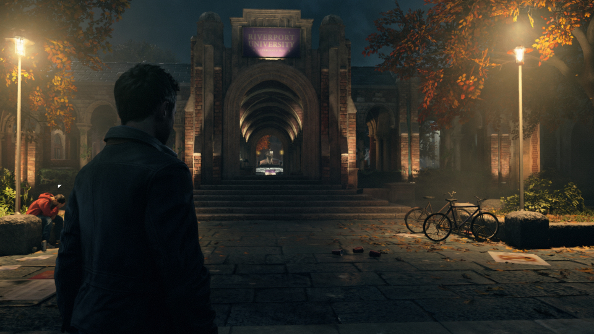 With everything pushed to their limits, this is the game at its best looking, at least if (like me), you’re running it at 1080p. Riverport University is a nice looking place, or would be if it wasn’t for the grain and the Vaseline.

Unfortunately, being a DirectX 12 game, and one without a benchmarking option, it’s not possible to get an accurate reading on the frame rate. FRAPS and other performance software don’t place nicely with it or the Windows overlay. However, it did seem to be running at somewhere between 40 and 60fps. Obviously it’s hard to tell, but at the very least it was completely playable at the highest settings on my rig, which is close to the recommended system requirements. The important thing is that it performs better than its console counterpart. 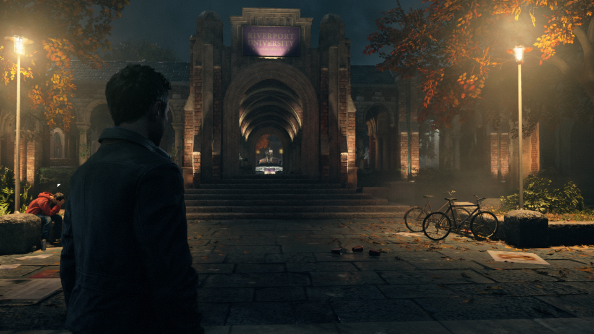 The difference between ultra and medium isn’t as big a change as the names suggest. Indeed, in the above image the only real noticeable difference is the sharpness of the text on the sign. It’s more obvious when you’re in a fight, however, and explosions and time effects are a little less dramatic.

At medium, the frame rate feels a little smoother, though there’s still the occasional dip when entering a new area or in the middle of a firefight, but not so much that it gets in the way. 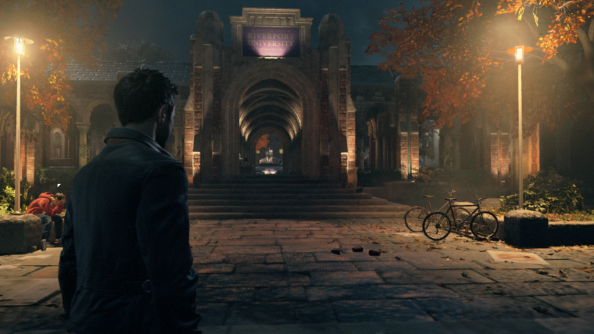 Quantum Break’s low settings don’t mess around. These are really low. Not only are all the graphics options turned right down or switched off, it even changes the resolution to 1280×720 and limits the frame rate to 30. Simply put, the game looks like ass.

Turning off the frame rate lock, the game runs very smoothly, but you’re sacrificing a lot.

The game’s HUD, which isn’t particularly invasive, thankfully, can be turned off if you find it gets in the way, as can subtitles, but that’s about it for the display options. Quantum Break also has full mouse and keyboard support, allowing you to rebind keys and even turn on aim assist for both shooting and the use of Jack’s powers. Mouse sensitivity can also be fiddled with, along with inverting the camera axis. I’ve spent most of my time using my mouse and keyboard so far, and it’s been absolutely fine. 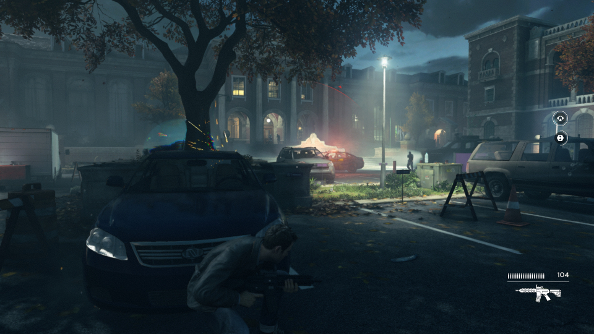 If you’d prefer to use a controller, then you won’t be able to rebind the keys, unfortunately, but you can still tweak the aim sensitivity, aim and power assist, vibration strength and invert the camera. There is one minor annoyance, however: you will still need to use the mouse to exit the game. There’s no exit option, you see, so you need to direct your cursor to the top right of the screen, which will bring up a top bar with a cross you can click on to exit. Not a big deal, sure, but certainly a bit weird.

I don’t normally mention audio options in PC port reviews, but there’s something worth mentioning this time: you can disable copyrighted music. For most of you, that won’t be a big deal at all, but if you’re planning on uploading videos to YouTube and the like, this will obviously make your life considerably easier.

Given how Microsoft failed to give out review copies, and considering the marketing that largely ignores the existence of the PC version entirely, I expected Quantum Break to be a mess. It’s not. It’s certainly not a brilliant PC port, but nor is it a bad one either. Though I would recommend making sure you hit the recommended system requirements if you’re thinking about picking it up, unless you’re willing to play at 720p.