Brace yourselves, fans of FPS games – there’s something new, and just a little mind-bending, on the horizon. Quantum League is an upcoming team-based shooter, a bit like Overwatch, but where you become a Quantum Athlete – and battle it out in a league sport that’s all about manipulating time. Using a “unique time loop” mechanic, you’ll get to not only best your opponents with firepower, but by going back in time – to “tactically team up with yourself.”

Developed and published by Nimble Giant, Quantum League offers both 1v1 and 2v2 match modes, which take place in “carefully designed arenas with a time loop feature that rewinds and revives you.” With six different characters to choose from, eight weapons on offer, and four game modes – including deathmatch and capture point – set across nine arenas, you’ll chase down rankings, fame, and wealth – as well as new outfits and styles along the way.

According to a brand new ‘Athlete Recruitment’ trailer (which you can check out below), gameplay works by using a combination of three time loops “to outsmart your opponents and score. After each time loop, you travel back and, in essence, you end up playing with your past selves.”

These past versions – or “clones” – of your character then re-enact your gameplay in the previous loop, down to every run, jump, and blast of your weapon, so you’ll be able to layer up your choices and take out your enemies based on what you know you did before. Neat. 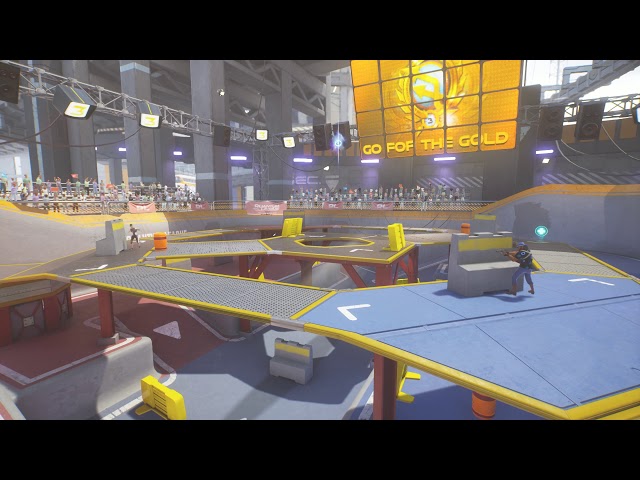 If you, or one of your clones, gets dealt a lethal blow, you don’t die, per se – you get “desynched” from that time loop. You’ll still be able to run around and blast your weapons as usual, but you’ll want to go save your clone in the next loop, reversing time and stopping the desync before it even happens. The challenge is remembering who shot you, when, and which ‘you’ they shot. With me so far?

To score in Quantum League, at least one of your teammates needs to head to the ‘Capture Point’ – and be alive at the time – at the end of the final (third) time loop. The winner will be the team that hits the maximum number of points for the match.

When is the quantum league release date?

If you’re excited to jump in, the studio says of the Quantum League release date: “Time travel singularity predicted for early 2020.” It’ll also have a playable tutorial mode when it hits Early Access. Head to the Quantum League Steam page to find out more.