Rage 2 cheats turn you from supersoldier to a ridiculously overpowered god in the best way possible. Or they can just make you sound like you’re an unlikely, Essex-based descendant of royalty in, err, the worst. Either way, there are a number of awkward hoops through which you must jump to get your hands on the wide range of Rage 2 cheat codes.

First, the hidden features you have access to from the beginning depend on which version of Avalanche Studios’ open-world game you own. The good news for those who stumped up the extra cash for the Deluxe Edition is that you’ll be able to make use of all but three of the cheats in the game from the beginning. Then, for Deluxe Edition owners that want to complete their collection – and the Standard Edition faithful that want to start theirs – tracking them down can be tricky.

Cheats in the game – not counting the Rage 2 BFG 9000, which is unavailable to Standard Edition players entirely – are sold by Rage 2’s Wasteland Wizard: Mangoo the Unborn. The problem with this talking mutant is that he and and his hot-air balloon home move around a fair bit. So, before we break down the full list of Rage 2 cheat codes, we’re going to show you how to find this eccentric nomadic mage with this guide.

We’re aware of five possible Rage 2 Wasteland Wizard locations so far, and we’ve plotted each of them on the map below. Annoyingly they’re very spread out, so consider using the Icarus gyrocopter or the super fast Chazcar racing vehicle to cover the distance fast. 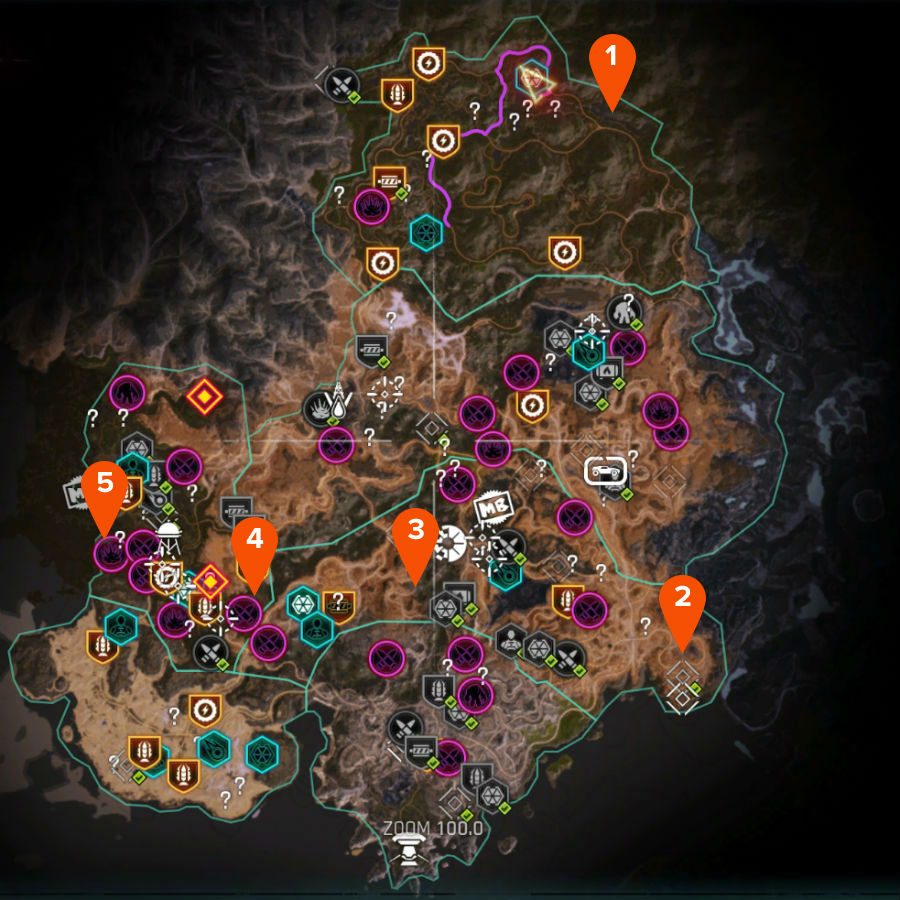 Unlike your typical point of interest, Walker won’t call out when you’re close to Mangoo, so you’ll have to keep your eyes peeled for the wizard and his game-tweaking wares. Look out for the twin balloons and large propellers that hoist his gondola up – his whole vehicle is roughly twice the size of a Mutant Bash TV balloon, for reference.

The Rage 2 Wasteland Wizard locations are:

If you’ve only just started the game all this talk of Mutie Nests and Bandit Dens might well be confusing, so we’ve gone through all the different side objectives in our Rage 2 length guide. While you might not need to do everything to power yourself up enough to beat General Cross and the rest of his evil Authority, it’s worth knowing which mission types to target to progress each main characters’ quest line.

As a reminder, the following list of unlockable features will be what Rage 2’s Wasteland Wizard will sell if you have the Standard Edition. Deluxe Edition holders still have to buy Super Phoenix, Progress Booster, and Git Gud with in-game currency. Beware, however, that enabling certain Rage 2 cheat codes will void achievements on Steam.

Of course, some of these cheats are more useful in gameplay terms than others. The infinite ammo and damage protection bestowed on your default vehicle with Super Phoenix is especially useful in Convoy assaults and Progress Booster helps you upgrade your Rage 2 Nanotrite abilities and Ark weapons faster, for instance. On the other hand, having Tim Kitzrow and Danny Dyer commentate on your game in He’s on Fire and Diamond Geezer, respectively, is a treat – for some.

And that’s your lot: that’s how to claim all Rage 2 cheat codes from the Wasteland Wizard to have even more fun with id’s anarchic shooter. If somehow that’s not enough, get your crosshairs trained on the best FPS games on PC. Either way, now that you’re a proper geezer with cheat codes coming out your ears, it’s time to give the Authority a piece of your nut.