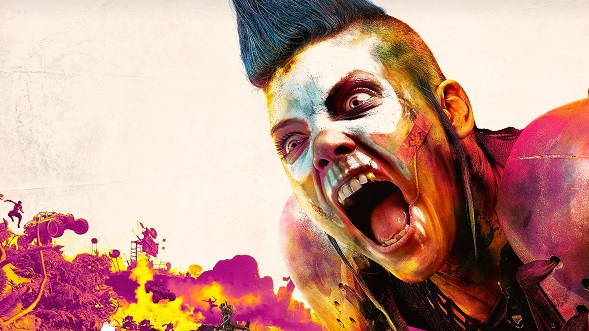 The surprise surrounding Bethesda’s Rage 2 announcement was slightly dampened by a leak. But the publisher still managed to turn some heads when they announced that Avalanche Studios were the developers alongside id Software.

Have you played the best first-person shooters on PC?

Considering that the Just Cause studio’s expertise is in open-world action games the pairing makes a lot of sense. It also provides an important chance for the Swedish studio to learn from their prior post-apocalyptic shooter, 2015’s Mad Max, and for Bethesda to turn Rage into the series they always envisioned it being.

When Rage released in 2011, it was both a tremendously ambitious shooter and a technical showcase. Not only did it feature a huge and gorgeous desert world for you to explore by vehicle (albeit without a map), it also had plenty of the intense corridor shooting that id is well-known for.

Not every single aspect was a success – although the in-game trading card game was way better than it had any right to be – but it was a high-profile triple-A game that had a team behind that were not afraid to take chances. In a world of cookie-cutter sequels, it proved to be a refreshing new idea with plenty of heart.

Recognising the strengths and weaknesses of a game is essential in making a decent sequel, and Avalanche Studios appear to have done a stellar job at sizing up Rage. What quickly becomes apparent from watching Rage 2’s debut teaser trailer is that the upcoming shooter is bursting with personality. The short trailer is filled with a colourful cast of characters that do everything from vape to pouring energy drinks into their eyes. Not a single second of it could be construed as boring, and its punk-rock tone is a drastic departure from the seriousness of the original. Given how flat the story of the first game ended up feeling this transformation can surely be considered an improvement.

The trailer also shows us that many of Rage’s best aspects will be carried into the sequel. The moment-to-moment gunplay of the missions was a real highlight and that was due to the versatile selection of weaponry at your disposal. From sentry guns to murderous boomerangs and that satisfying shotgun, there was no shortage of fun weapons and ammo types to use. Characters in the trailer sport many of these weapons and, given their history for wild new takes on causing mayhem – Just Cause’s grappling hook, anyone? – there’s no doubt that Avalanche will add in some fresh ways to cause violence as well.

Also set to return are vehicles, which is why Avalanche Studios are probably the perfect developers for Rage 2: they have the ability to turn many of the original’s weaknesses into strengths. A major complaint regarding Rage was its poor vehicle handling. Conversely, Mad Max featured incredibly fun car combat, and some of the best vehicle customisation since Banjo-Kazooie: Nuts & Bolts. Driving might not be the first thing that you think of when you see a first-person shooter, but its importance can’t be understated, especially when it comes to Rage. If getting around a huge map isn’t enjoyable then you will undoubtedly grow frustrated with an open-world after all. 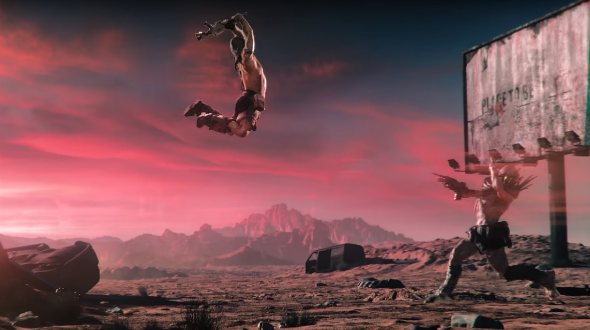 Of course, Avalanche aren’t infallible and Mad Max wasn’t without issues of its own. The design of the world was mostly flat and lacked notable landmarks – especially when compared to Just Cause’s vertical landscapes – and some of the gameplay loops, particularly dealing with hostile strongholds, grew tiresome. The mark of a quality game developer is one that learns from their mistakes, though, and the team are probably excited to get another crack at designing a desert wasteland.

Considering how many great ideas it brought to the table, Rage deserved to get another chance in the spotlight – it was just a few tweaks away from being a huge success. Bethesda made an excellent choice to combine their shooter’s fantastic weaponry with Avalanche Studios’ knack for chaotic fun. There’s never much of a sure thing when it comes to game development, but it’s hard to look at this pairing as anything other than a recipe for success.