Spacelords is a full-scale reimagining of what you thought you knew about sci-fi shooters. Despite its central 4v1 game mode, it isn’t much like Evolve. Nor is it similar to Borderlands, although the rag-tag group of fighters at its centre, scrapping on a dying planet in the far future, might suggest otherwise.

I went into my hands-on time with the game expecting something familiar – honestly, I was expecting it to be Borderlands in all but name. What I got could scarcely have been more different. Spacelords is more mature, and moment-to-moment, it’s a far more polished, ambitious, and strategic game than Gearbox’s sci-fi shooter series. That comes with a price, however, as Spacelords is a complicated game to explain.

Before I get into that, I should explain that Spacelords has already led one life. When the game launched last September it was called Raiders of the Broken Planet. Since then it has been filled out with episodic updates and made the transition to a fully free to play title.

Those episodic releases, made the whole package easier to digest. There are four campaigns to play though, the first of which released back in September. Each campaign is then split into four missions, all focusing on a different central concept. One involves escorting a valuable hostage to an extraction point, another has you hunting down enemies to power up a machine, while a third is essentially a lengthy boss fight. These are obviously ideas that you see a lot in other games, but in Spacelords, their impact on your playstyle and team composition makes each feel distinct.

You start every mission with a total of 16 lives across your team of four. When you die, you’re brought back into the action after a short countdown timer, but once your team runs out of lives, your dropship has to go away and refuel, meaning you have to hold out until it returns. Every time you run out of lives, the wait for more takes longer and longer. It is during those intense periods when you’re desperately clinging to your last grasp on life that the game gets incredibly stressful, but it makes surviving all the more satisfying. 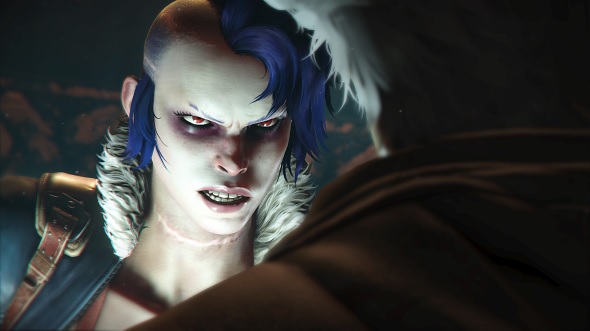 Spacelords launched with six characters, but now has a full roster of 16. Every character has a similar loadout, going into battle with a weapon and an ability. There are recognisable tropes, like snipers, tanks, and assault classes, but these differences aren’t massively important, as any one character is able to throw themselves into the fray and use their fists in Spacelords’ brawling system. This is a rock-paper-scissors-style mechanic in which you have the option to strike or grapple an opponent to deal damage to them, or dodge their attacks. Grapples beat dodges, dodges beat strikes, and strikes beat grapples. It’s a punishing system, especially if you’re on the receiving end, but it means you’re not limited to a certain role. Tanks are able to wade into a fight, but skilled snipers can also have an impact with just their fists.

This means that, while a character’s abilities are important, they’re far more situational than the class system might lead you to believe. Konstantin, a tank, has an ability that allows him to push his enemies away, something used defensively as much as it is offensively. Shae, a sniper, can cloak herself to all units in her line of sight, allowing for quick escapes, but also helping her line up the perfect shot unseen. Alicia is a close-range fighter, whose wall-jump allows her to flee tricky situations, but also to traverse the map faster to chase down objectives. Since its launch in September, the scope has grown significantly, with raiders that are now equipped with pheromone guns, or those that use packs of animals to hunt down their opponents. 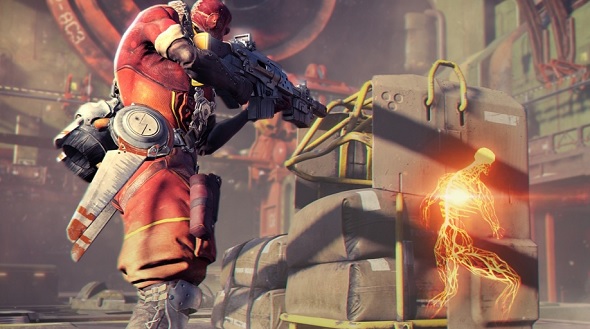 Cover is a hugely important aspect of Spacelords’ tactical gameplay. You’re able to flow seamlessly in and out of cover throughout every one of the game’s maps, and if you plan your route well, you can remain entirely invisible before getting the drop on an enemy. However, Spacelordsusers a mechanic called ‘stress’ that also needs to be carefully managed. Stress builds up slowly when moving, but very quickly while firing a weapon or engaging in melee combat. If you become stressed, you can be seen through cover, and will need to move away and calm down in order to use the cover system effectively again. Cover is also important in terms of managing your health – take too much damage and you can be crippled and then killed, respawning after a short delay. Going into cover lets you heal back up before turning on your enemies.

It’s also worth noting, though, that your stress is tied to your choice of character. Some, including sniper Harec, are incredibly zen, meaning they can move around the map, and even fire, without getting too stressed out. Others, like ex-gang member Alicia, are so hopped up on the game’s stand-in narcotic, Aleph, that they are constantly stressed, and can always be seen through terrain. In Alicia’s case, this visibility is the price you pay for the fact that she can move to parts of the map others might not be able to chase her to. 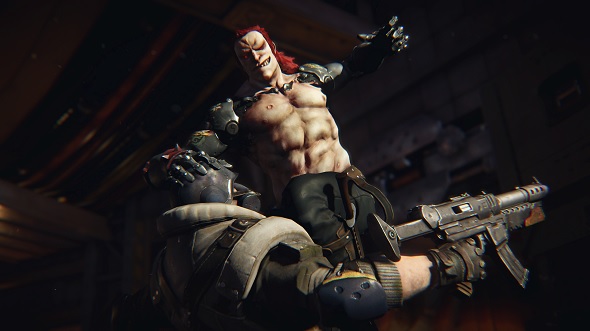 Underpinning all of this is the fact that, at any moment, you could have your game invaded by another human player – the Antagonist. The Antagonist works against your team, attempting to stop you from reaching your objective, either by killing or sabotaging you, something they can do by triggering explosives early or protecting certain NPCs. There’s a 50-50 chance an Antagonist will appear in your game, and the effect they have on your every action is remarkable. They are able to see your team composition before picking their character, allowing them to attempt to counter your strategy. They respawn indefinitely, but the longer timer they endure between respawns and the fact they’re heavily outnumbered keeps it balanced.

Playing as the Antagonist is a personal highlight, and messing with other players was incredibly satisfying. I chose Shae, cloaking halfway across the map so I’d be invisible to the raiders, before picking them off from afar. However, you don’t have to be aggressive in this role – using your time as the Antagonist to protect key NPCs on your side is just as effective as going on a killing spree. 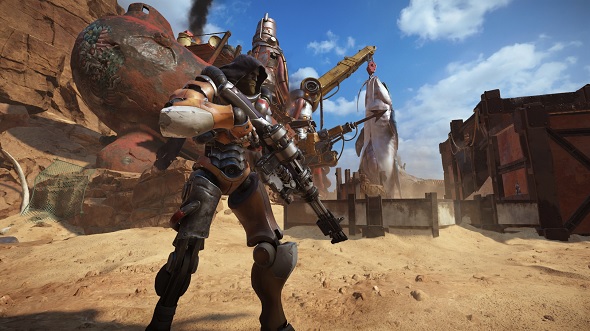 For all the exposition here, Spacelords is an intuitive game once you start playing it, with satisfying combat, meaningful tactical choices, and a rich universe. Developers MercurySteam have poured a huge amount of time and resources into their characters and the world they live in, pulling from classic sci-fi tropes but then putting their own twist on them.

That means, from a distance, Spacelords looks a lot like any other sci-fi shooter. But once you get into it, it brings plenty of new ideas to the genre in an attempt to make its mark.