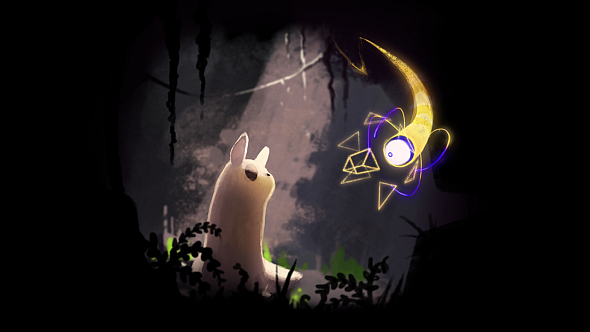 Curious indie survival-platformer Rain World comes out tomorrow, but for a surprisingly moving, melancholy primer on its story, you can check out the opening cinematic now.

If mollusc-feline hybrids are your thing, you’re unlikely to find them anywhere else than the best indie games on PC.

You play a slugcat – which is pretty much what it sounds like – that’s been separated from its family in a devastating flood. That moment heartbreakingly follows a depiction of your slugcat’s happy childhood, and is one of many you can see in the wordless cinematic.

Now youmust hunt for food and shelter in the big bad world – an occasionally-familiar industrial wasteland full of nasty predators, buried mysteries, and torrential downpours that threaten to drown all life. Developers Videocult say their game boasts “a dynamic, ever-changing ecosystem of predators and prey” which you’ll be able to turn to your advantage, using stealth and cunning to survive. They also promise ancient secrets to discover, so perhaps we’ll learn how this ancient civilisation (probably us) managed to screw everything up?