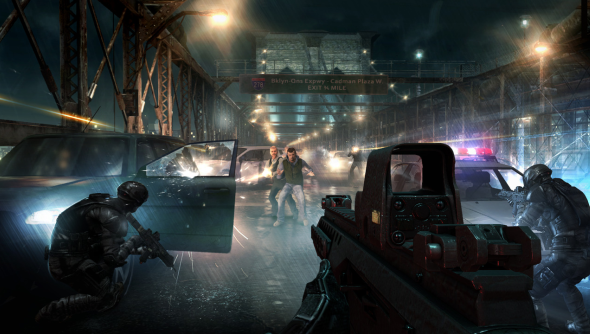 Ubisoft’s North American president, Laurent Detoc, says that Rainbow Six: Patriots wasn’t working and that’s why it “had to be remade.”

“We had a core team. They had a good vision. They got started, and then the game wasn’t working,” he said. “So [they had] to start again.”

“There’s an editorial group in Ubisoft, a big group, very influential,” Detoc told IGN. “If the game is not good enough, they say it’s not good enough. Most of the time, the team will say, ‘yeah, I know.’ But sometimes they want to continue in a direction where you say, ‘no, it’s not going to work.’

“Rainbow had to be remade. Now they’re going to have the benefit of the new consoles, if and when it comes out. It’s one of those examples where you try, it doesn’t work, you try again. If it doesn’t work, we’re not going to bring it to you.”

So there is still a team of folk working on a Rainbow Six game but if it does ever get released it may not even retain the Patriots name. It’s dependent on whether they choose to continue the terrorism theme.

The last Rainbow Six game to grace the PC was Rainbow Six: Vegas 2, and that was back in 2008, so the wait for a new game is becoming a long one.

There’s a soft spot in my heart for the Rainbow Six games. I still play Vegas 2 most weeks because nothing’s yet matched the quality of its terrorist hunts, especially when played in two-player. So the stuttered development of Patriots is taking its toll. It was announced way back in 2011 and we’ve been waiting since then.

Hopefully there will be more news this year. Something to give hope that Ubisoft have got back on track.