There’s a lot about the next season of Rainbow Six Siege that scares me. Its two new operators include a defender with a shield, a machine pistol, and electrical powers that would make Emperor Palpatine blush, and an attacker who can quietly carve holes in reinforced walls without being affected by Mute Jammers or Bandit Batteries. Both new ops sound downright terrifying on paper, but after a few hours playing with Clash and Maverick it’s clear the design team has learnt a great deal about launching new operators in a balanced state. You won’t find any SMGs that could pass as anti-aircraft weaponry or wall-hack enabling global abilities in Operation Grim Sky.

Clash’s utility is her CCE Shield: it’s fully extended and boasts tasers that damage and massively slow down any nearby attackers when activated. It’s the perfect tool for either stopping rushers or supporting roamers, but Clash comes with plenty of drawbacks to balance out her formidable gadget. For example, while her secondary is a machine pistol, she can’t shoot while holding her shield, which severely limits how deadly she can be. Likewise, anyone concerned that she’ll be as tough to root out of a corner as Montagne can rest easy, as she can be staggered with a single melee strike. Clash can’t melee enemies with her shield, either. In fact, you’ll have to switch out to your secondary weapon first if you want to revive a teammate, pull down a barricade, reinforce a wall, destroy the defuser, or vault – even her shield’s tasers can overheat.

On her own, she’s useless, but when working as part of a coordinated team she fulfils a role that’s never existed on the defensive side before. With Clash on defence you can go one step further than roam tactics and ambushes and actively hunt down attackers the moment they enter the building. Clash emboldens the defensive side, offering support to roamers so they can more safely rotate back to site or help isolate attackers so that they’re easier to pick apart. 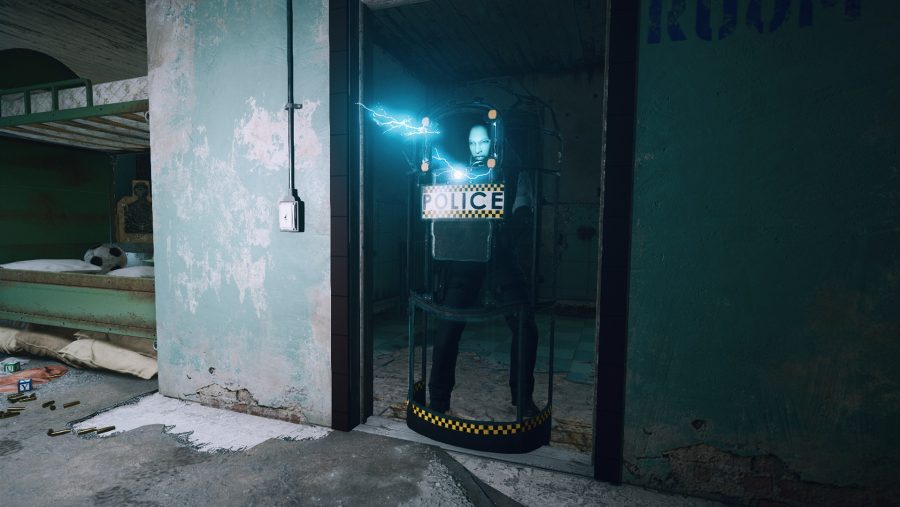 She’s also just plain fun. Clash is a liberating addition to the game – she can lure attackers into your traps, temporarily shield a Tachanka, and stall an attempted rush with her tasers, leaving rapid operators like Ash stranded and vulnerable to nearby roamers.

Playing as Clash in a 2v4 clutch situation, my teammate uses my transparent shield to prime the perfect C4 throw and immediately level the playing field by killing two enemies. Within seconds we’re on the attack and pushing both enemies through a maze of breached walls, eventually trapping them in a stairwell and finishing them both off.

Maverick, on the other hand, possesses a gadget so straightforward in design that he could easily have been among the original 20 operators. His gadget is a blowtorch and it has a very specific purpose: to create lines of sight through reinforced walls. The blowtorch is also near-silent and doesn’t produce the pyrotechnics display of Thermite’s Exothermic Charges or Hibana’s X-KAIROS pellets, which means you can often catch defenders totally off-guard as they rotate between sites. 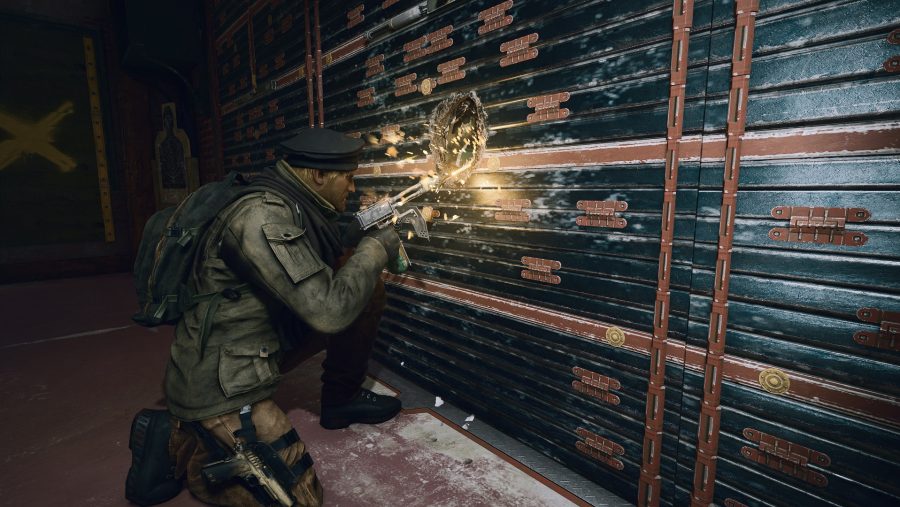 His gadget is less novel than Clash’s CCE Shield, but it is, arguably, even more useful. Unlike Thermite and Hibana, Maverick can’t do much in terms of creating entry points, instead his blowtorch excels at creating peeking spots – whether that’s horizontal lines across several walls or a series of small dots that turn the objective site into Swiss cheese. Even a small gap provides sufficient vision for locking down a key angle, so being able to create loads of them around the objective site is incredibly powerful, allowing attackers to check anchor spots and stop rotations.

Maverick can also stand in for Thatcher. As his blowtorch isn’t hampered by Mute Jammers and Bandit Batteries, you can open up the bottom of a reinforced wall and shoot out any gadgets that might stop another operator moving in and demolishing the whole wall. For too long now, every attacking lineup has consisted of a Thatcher and either Thermite or Hibana, but Maverick can do a little bit of everything, freeing up space in your squad for a more exotic attacking pick. Even operators like Buck and Sledge, who have established themselves in the competitive meta as essential attackers for vertical play, can expect stiff competition from Maverick. Until now, if you wanted to open up floorboards you would have to make a lot of noise and compromise your position in the process, but with Maverick it’s possible to quietly burn through a small portion of floor without alerting anyone.

Whichever operators on the attacking side Maverick opens up for you, be sure to fill that space with Glaz, who can easily spot enemies through minuscule openings thanks to his thermal scope. Maverick even carries smoke grenades, so you can open up a wall under cover while Glaz eliminates any defenders revealed by the new line of sight.

Maverick’s loadout also includes two equally terrifying primary weapons: the AR-15 and the M4. The former is a semi-automatic rifle that can fire high-calibre rounds. It hits really, really hard, sounds like thunder, and is incredibly stable compared to other DMRs in the game. The M4 doesn’t differ much from Ash’s R4-C, offering accuracy, stopping power, and a decent rate of fire. After shotgun-pistols and ACOG-fitted LMG of Operation Para Bellum, Maverick’s arsenal feels refreshingly familiar.

Operation Grim Sky also features the first map rework of Rainbow Six Siege: a complete overhaul of Hereford, the map set in the iconic SAS training ground that was used to pitch the concept of Siege. As the game has evolved, new tactics like roaming have pushed maps like Hereford, with its single staircase, tiny rooms, and limited floor space, out of favour. The new Hereford goes some way to solving this issue, splitting the one arterial staircase – which allowed attackers to systematically lock down the whole building one floor at a time – into two. The addition of several hatches also allow defenders to flee firefights more easily. 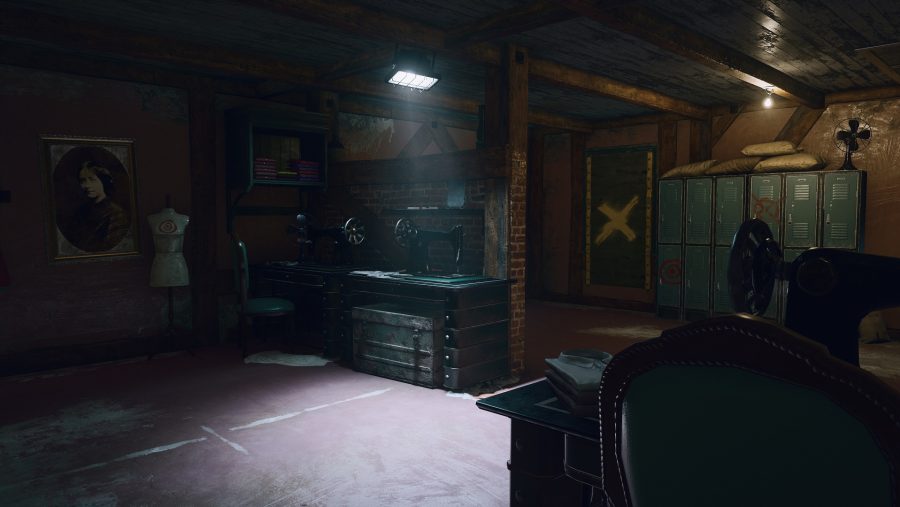 The biggest change – aside from the handsome, historical-themed makeover – is that every floor has been expanded, nearly doubling the amount of space available to defenders and offering longer lines of sight to attackers in exchange. It’s a bigger and better balanced take on the original Hereford, and one that still manages to retain plenty of that map’s identity.

As with any new Rainbow Six Siege operation, it’s impossible to gauge how the community and pro players will take the tools of Grim Sky and develop new tactics with them. But at this very early stage, it already feels like an enormous leap forward for the game, levelling the playing field for attackers and defenders. The former side gains a Swiss Army knife of an operator in Maverick, a character who can negate gadgets that have defined the gameplay of Siege since day one. Meanwhile, the defenders have their first bulletproof operator, a character who can help the defenders turn the screw on their counterparts and offer a little freedom to a role that’s always been about knowing a strategy and rigorously adhering to it. Perhaps more important to Siege veterans, however, is that both new operators have significant weaknesses and feel balanced.