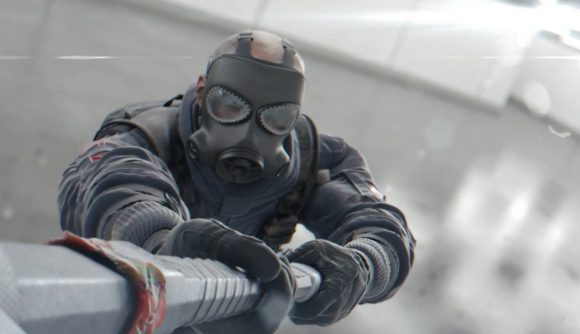 Last week, Former G2 Esports Siege pro player Niclas ‘Pengu’ Mouritzen posted a bunch of clips on Twitter highlighting an audio glitch that appears to have been present in Rainbow Six Siege for quite some time. Now, though, a Ubisoft spokesperson has confirmed that a fix is on the way, and soon.

In a June 27 tweet, Pengu highlighted a C4/grenade bug discovered in Siege which skips some of the sounds you’d expect to hear, like a ‘ping’ sound from a grenade’s spoon flying off, or a Velcro strap when some C4’s being prepped. This results in there being no audio cue for the player said explosive is being thrown at, leaving them with no time to escape. Siege senior community developer Eric Pope has now replied to the tweet, confirming that it’s getting patched out in the FPS game’s next major update.

“Hey, wanted to let you know this will be fixed in 2.2, which should be in a couple weeks-ish. Thanks for your help in providing an easy repro for this bug!” Pope’s reply on Twitter reads.

While there’s no exact release date for Rainbow Six Siege’s Year 6, Season 2.2 patch just yet, it looks like it’s not too far around the corner, so we should expect to see the bug gone soon.

Boom boom –
Report the bug with a reproduction video and it gets taken care of.
3 year old bug fixed with 5 min of testing in a custom game. https://t.co/lY4IGvccku

If you’re keen to for updates on the, er, update, be sure to keep a weather eye on the Siege news channels over the next couple of weeks, and be sure to check out our rundown of the Rainbow Six Siege Year 6 roadmap to find out what else is ahead.