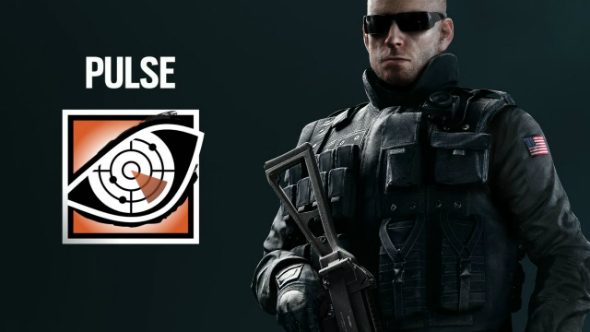 Amid the Rainbow Six Siege Season 2 finals yesterday, which saw French side Yunktis crowned champions of the PC tournament, a couple of balance changes were announced which might upset some Pulse mains.

Want more competitive action? Try some of the best multiplayer games on PC.

The defending operator’s Pulse scanner, which can detect heartbeats through walls and floors, has had its range nerfed from 13 to 9 metres.

You also can’t swap from the scanner to your weapon as quickly, having to go through the full animation of holstering a weapon and pulling out the scanner. This should reduce the wall-hacky-ness of the gadget as you can no longer quickly see where someone is in the middle of a firefight and drop them through the drywall.

Also getting launched from the nerf cannon are semi-auto shotguns, like the SPAS-12 and -15, Super 90 and the M1014. All of these guns are getting a huge 25-30% damage decrease along with an increase in pellet spread, reducing long-range accuracy.

Seeing as the M1014 is a favourite of Pulse players for its ability to blow holes in heads and walls alike, the poor lad will most likely be found crying in the corner of the upcoming Favela map..

That damage nerf seems mighty high, but the patch isn’t due for another few weeks yet so don’t be surprised to see that find a happier spot.