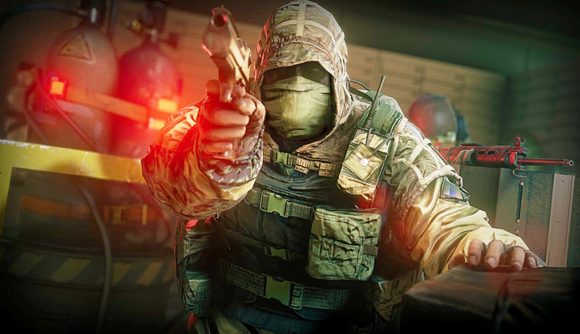 The future is cross-play, and Ubisoft wants every multiplayer game it makes to have it. During an investor call, the publisher said cross-play is something it wants for any game it releases that offers PvP.

Speaking on the company’s quarterly earnings call (from Gamesindustry.biz), CEO Yves Guillemot answered a question on Ubisoft’s general perspective toward cross-play, and gave a very positive response. “Our goal is to put cross-play on all the PvP games we have, over time,” Guillemot said. “That’s well on the way.”

So far, Brawlhalla and Just Dance are the only games that offer cross-play in Ubisoft’s stable, but it’s easy to see the feature being integrated into a few of the publisher’s other games. The likes of Rainbow Six Siege, For Honor, and Tom Clancy’s The Division 2 are no-brainers, bringing the respective communities closer together. Guillemot using the term “well on the way” certainly suggests it’s already in the pipeline for a game or two, and the aforementioned would be towards the top of the list if we had to make a prediction.

Cross-play is becoming more and more of a sticking point within the industry. Call of Duty: Modern Warfare recently launched with it after running a beta, Fortnite has it, and Paradox is looking into it, as is Blizzard with Overwatch. Sony actually took its cross-play out of beta only recently, during the Modern Warfare tests, leaving it up to developers if they want to include it on PlayStation 4.

Speaking of Rainbow Six Siege, Ubisoft reported that its plan to clamp down on DoS attackers has been incredibly successful, showing near total reduction in hacks.

The Rainbow Six Siege Halloween event is currently ongoing, if you’d like to get practicing to put down your console pals.