After the underwhelming Operation Phantom Sight, it’s good to see that Ubisoft is still cooking up meta-changing ideas for Rainbow Six Siege. Ember Rise adds its first operator capable of ascending through hatches on attack, while the defensive team gain one of the most versatile and stubborn operators to date – Amaru and Goyo are set to be the highlight additions of Year 4.

We’ll start with Amaru, the new attacker from Peru. Her gadget is the Garra Hook, a grapple gun that can be used to rapidly climb up buildings, breach through windows, or even ascend through destroyed hatches. The Garra Hook is seriously fast, capable of getting you from spawn and into a top floor objective site within a few seconds of the round starting. Amaru can use this gadget four times in a round, making her incredibly effective at haranguing the defence from multiple angles and accelerating the pace of the attack.

While the obvious way to play Amaru is to zoom straight through a window and onto site like Spider-Man within seconds of spawning, this is easy to punish and will get you killed almost every time you try it. The Garra Hook requires a great deal of patience and teamwork to deploy effectively as a hot breaching tool: you need to ensure the room you’re entering is clear with good drone work, have a teammate ready to follow you in on rappel, and pair it with gadgets like Ying’s Candela flash charges, Fuze’s cluster bombs, Lion’s EE-ONE-D drone, smoke grenades, or Dokkaebi’s Logic Bomb to ensure defenders are slow to react. A hidden Caveira or Frost trap will punish Amaru, while Castle barricades will halt her from breaching entirely, which helps balance out her frightening pace.

But it’s her ability to traverse broken hatches that makes Amaru such a formidable attacker. Defenders have gotten used to knocking out hatches to allow them to escape pushes and flank attacking teams, however with Amaru on the board those hatches become yet another angle for the defending team to worry about. Naturally, this traversal tool also comes in handy for post-plant scenarios, allowing Amaru to quickly put distance between herself and the defuser to stay safe, from there she can use a drone to keep an eye on the site and Garra Hook in to eliminate any defender who attempts to disable the defuser.

In one round on the newly reworked Kanal our entire team managed to get onto a top floor site within 30 seconds thanks to a simple combination of Lion’s EE-ONE-D drone and the Garra Hook. All it took was one early kill with Amaru’s G8A1 LMG and soon the rest of the team were streaming in from other windows in support. The same trick didn’t work twice, as I went hurtling through a window and straight into a Frost trap, but the potential for punishing unprepared defenders is unrivaled.

Goyo’s gadget is a little less impressive, but is among the most powerful additions to the defending team since Mira was added to the game over two years ago. His three Volcan Shields look just like the new Deployable Shields, but they hide an explosive charge that can be shot out from behind, dealing heaps of damage to anyone close by and setting fire to the ground around it for 12 seconds, which halts any pushes onto site.

These shields can be detonated by anyone on the team, or even remotely if you’re using Maestro’s Evil Eye cameras or have a Kapkan trap placed behind the shield, which allows Goyo to play as a roamer or an anchor. Having three Deployable Shields means the attacking team will need to use a lot of utility to clear a path towards the objective, especially if other defenders opt to equip Deployable Shields, potentially bringing the maximum number of shields in play up to seven. That’s enough to use up all of Ash and Zofia’s breaching rounds while still leaving three shields up, potentially hiding Frost traps, Kapkan traps, or a Volcan Shield. 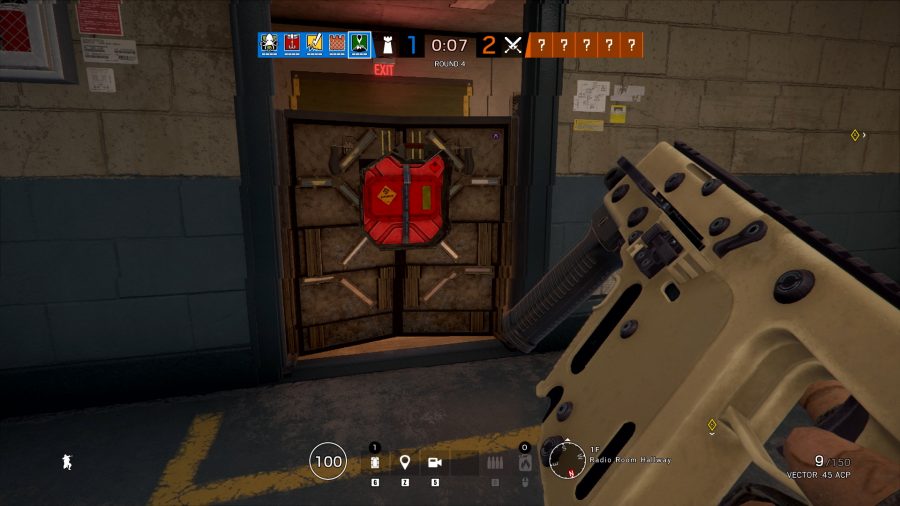 Effectively, Goyo is one of the best time-wasters in Siege’s defensive lineup, capable of blocking pushes in the same way as Smoke does, but also an operator who can soak up attacking utility and pressure.

During one defensive hold with Goyo I set up a trio of Volcan Shields and played the whole round cycling between them, aggressively peeking angles and detonating the explosive shields every time a stun grenades sailed over. By the time I had been routed out and forced back to site the attackers only had half a minute to work with and almost no utility to use during the final push.

Phantom Sight was the first operation to recycle classic weapons from older operators instead of adding new ones, and Ember Rise continues that trend. Fortunately, this time around the selected weapons are much stronger, with Goyo able to take Mira’s Vector .45 ACP SMG or Kaid’s TCSG12 slug shotgun, and Amaru bringing either the Supernova shotgun (now with an optional suppressor) or IQ’s massively underrated G8A1 LMG, which can now be kitted out with an angled grip for faster aim down sight. 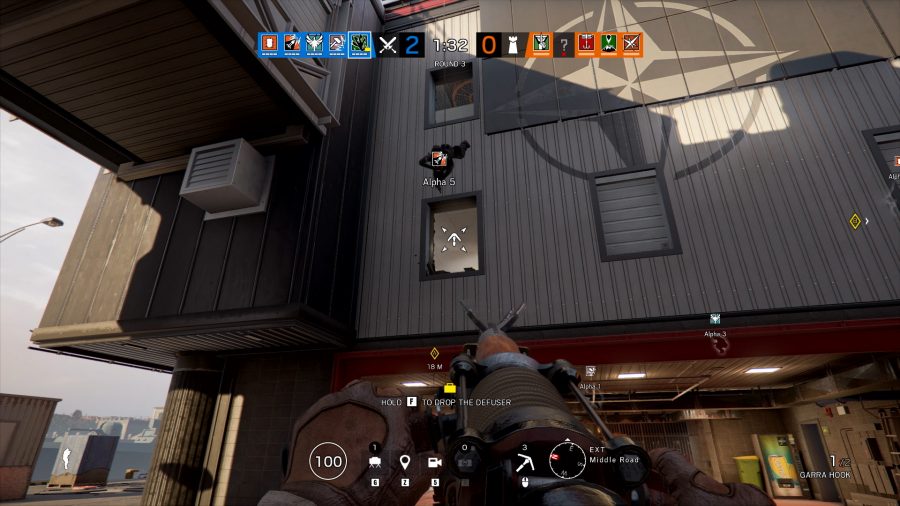 As ever, it’s far too early to tell if the Kanal map is ready for Pro League, but right off the bat there are some vital improvements that make it more competitively viable. For starters, there are almost no spawn peeking spots this time around, in fact, there are far fewer external windows, too, making life much more comfortable for attackers when approaching the building. For defenders, the biggest changes come in the form of a second connector between the two main buildings and an additional staircase for rotations. Unlike the Hereford rework that is due to be removed from ranked next season, this map remake doesn’t differ too much from the original in terms of rooms and layout, so you don’t need to completely relearn how to play it.

Operation Ember Rise is easily the most exciting season of Rainbow Six Siege’s fourth year and shows Ubisoft is still innovating with each new season. Both operators feel strong and impactful, but still have to be deployed strategically in order to get the best out of them. With the health of the game improving following a season of game-breaking glitches, this is a very exciting time to get back into Siege.