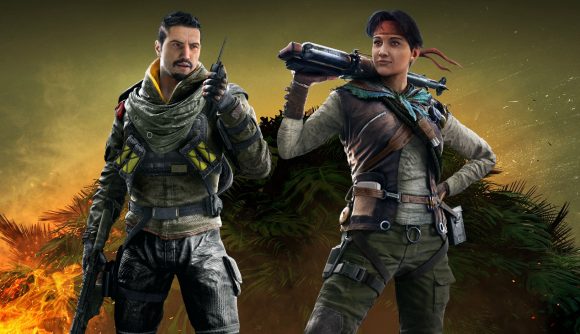 Last month we got our first look at Rainbow Six Siege’s new operators, Goyo and Amaru. The new season, officially called Operation Ember Rise, will see these two new operators entering the fray, putting their new abilities to the test.

The new season’s name is made up of the two new operators’ abilities. Amarus’ Garra Hook will allow her to hoist up onto ledges – rising, if you will – while Goyo’s trick Volcán Shield certainly provides the embers. Disguised as a regular shield until shot, it will explode into a fiery inferno, engulfing other players.

But in a recent interview at this years’ Six Major Raleigh event, presentation director, Alexander Karpazis told us a little more about Goyo’s original ability. “Goyo, from the beginning, was designed to be an alternative to Smoke.” Karpazis explains. “In fact, he had a throwable device when development started, where you throw a fire canister and then shoot it.”

So Goyo could have originally been a far more aggressive Operator – a bit like Smoke but stepped up a notch or two and causing chaos with firebombs. Why did Ubisoft decide against it? 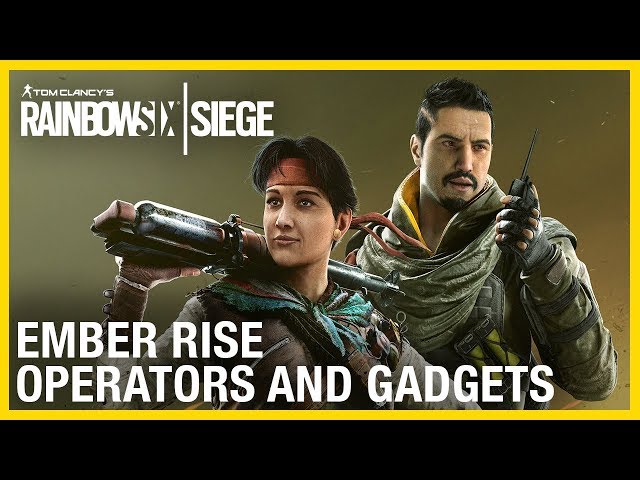 “It was incredibly difficult without exposing yourself or having somebody else trigger it,” Karpazis says. “It’s not as simple as it seems to be when we’re developing operators, and in his case it turned out to be a great positive where his gadget encourages this teamplay element.”

Balancing Operators must be a very difficult process, but both Amaru’s Garra Hook and Goyo’s Volcán Shield look extremely fun. It’ll be great to see how they fare when they drop early next week.