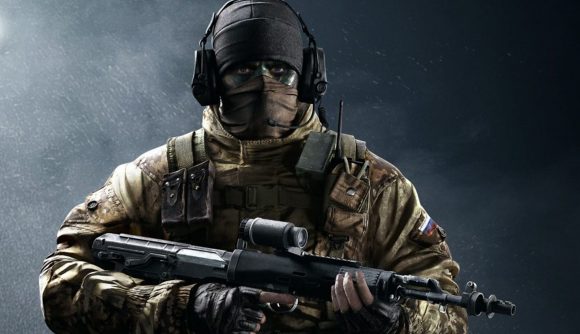 If you’re looking for something to play over the weekend, Ubisoft has yet another promotion for lovers of free PC games. As is now traditional, you’re getting a free weekend ahead of the next major Rainbow Six Siege update – and this time, there’s an added incentive for fans of The Division 2 to jump in.

The Rainbow Six Siege free weekend kicks off on June 11 at 6:00 PDT / 9:00 EDT / 14:00 BST and lasts until June 15 at those same times, offering access to all maps and modes and a selection of 20 Operators. As always, your progress and unlocks will carry over if you decide to buy the full game, and there are substantial discounts across every version – Uplay discounts are set between 50% and 67% off, depending on the version.

If you own The Division 2 and hop into the Siege free weekend, you’ll also get a five-piece Thermite outfit to take back into Div 2.

The promotion for the Ela set is also still ongoing, so you’ll get an extra Division-themed outfit for Ela in Siege if you’ve played the latest dollar flu simulator.

Operation Steel Wave is advancing on Rainbow Six Siege, bringing two new operators – Ace and Melusi, along with a major upgrade to House. Learn about redesign, the new Proximity Alarm, and more at https://t.co/9BczNkwbPQ!

This all comes in promotion of the Rainbow Six Siege Steel Wave release date, which is expected to land next week, just after the free weekend concludes.