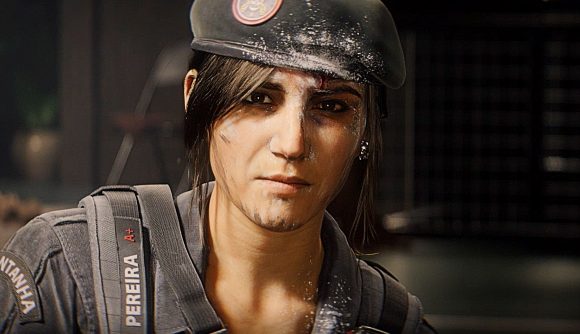 Rainbow Six Siege is getting a new limited-time event, it seems. The event, which might be titled Gang Destruction, is ostensibly a three-player co-op mode set on old Hereford Base.

The usually-reliable leaker Roly Noly has uploaded footage of the new mode, which you can watch below. The leaker says the event contains “safes you need to capture”, while “every floor is fully destructible”. Despite Hereford having its old, pre-rework layout in the video, it still looks a little different. It’s been given a makeover to appear more like an old country manor filled with valuable-looking artwork and gold bullion.

Publisher Ubisoft has not announced any new mode or additional Hereford revamp, so it remains to be seen if this new event ends up going live. We’ve contacted the company for comment and will update if we hear back.

Ubisoft has, however, announced a new Rainbow Six Siege Battle Pass, which is available now through April 22. The Around the World pass contains the usual slate of new challenges and cosmetic rewards, including a hunting-themed elite skin for Buck. Lovely.

Also, Pizza Mozzie is now a thing that exists in the game and I hate it. That’s enough internet for today, I think.

If you do want more internet, however, check out the latest Rainbow Six Siege patch notes, for the Y5S1.1 update that went live just recently. No pizzas included, you’ll be pleased to hear.