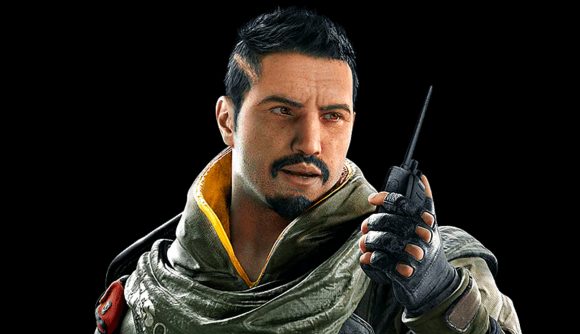 Ubisoft caught some flack with Rainbow Six Siege pro players when game director Leroy Athanassoff said that if they “are not happy (with our proposed features), then to me that means we are going in the right direction.” Unhappy Siege pros thus got even more unhappy, and now the studio is spending a good chunk of its latest Designer’s Notes series addressing the criticism – and detailing how the planned Goyo nerf will benefit the pro scene.

Goyo is losing one of his Volcan Shields, going down from three to two. For everyday players, he doesn’t need a nerf – “he suffers from a low presence and a low win delta” – but the change is directed at the current pro meta, which heavily favours utility. “We hope that it will alleviate some of the frustration stemming from his increased influence at a professional level.”

As to the controversial quote, “it is true that part of our balancing efforts is to push every player, professionals included, out of their comfort zone,” Ubisoft says in the official post. “This does not mean we are going about things to be intentionally frustrating for these players, but instead make adjustments to ensure our professional players are the best at the game as a whole, and not a specific update or meta.”

Still, the studio plans to “improve communication” from here, and in practical terms that means you can expect balance notes to start coming much sooner – before they go live on the test server, rather than around the time of the live seasonal update.

Rainbow Six Siege Year 5 marks a transitionary time for the game, and the devs have suggested some pretty big shake-ups to the status quo are in store. We’ll see how these changes, at least, play out pretty soon.