Earlier this year, some leaks pointing to what Rainbow Six Siege’s 2020 Halloween event might hold popped up online. Footage indicated the FPS game’s celebration of all things spooky would be called Sugar Fright and bring a Team Deathmatch-style game mode. Now, more leaks are starting to appear, which means our first proper peep at the event’s map, gameplay, and rules.

User Zer0Bytes has posted some information on the upcoming event on the multiplayer game’s subreddit, which includes footage showcasing Sugar Fright’s map. As you can see in the clip linked here, it appears the event will bring what looks to be a new street map, filled with bakery or factory-type rooms, and decked out in suitably sweet-themed items, like piles of candy, cupcakes, and other treats.

YouTuber BenjaminStrike has also posted a clip of the event in-action, and it seems it is indeed a kind of 5v5 Team Deathmatch or Kill Confirmed-style mode, with the two sides named ‘treaters’ and ‘tricksters’. When the round kicks off, the objective shown is “hunt the tricksters – collect 50 sweets from kills”.

A timer ticks down from ten minutes, and the match is won by the team with the highest number of points at the end. At around the 2:45 mark you can see a kill, and the player scoop up the enemy’s sweet drop. Take a look for yourself: 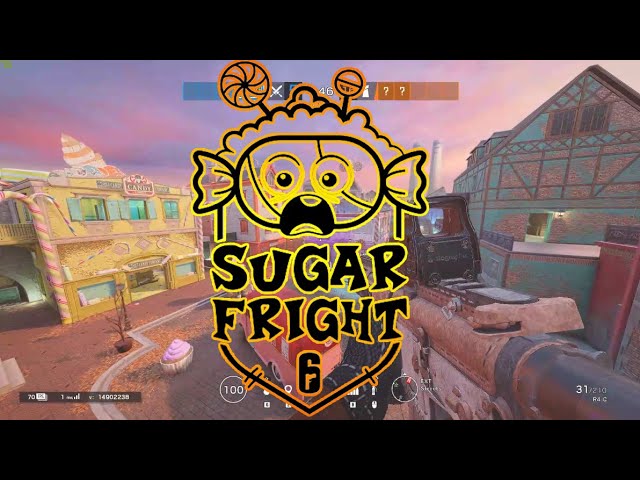 Alongside these early looks at the incoming mode, you can see some of Sugar Fright’s UI elements via Zer0Bytes’ Reddit post here. As revealed in those images, the event is due to start on October 22 – so, tomorrow – and run for a fortnight So, it should be just a matter of hours before you can dive into the trick-or-treat themed fun live in the game.

If you’re keen to brush up before the event drops, check out our best Rainbow Six Siege operators guide for some handy tips. Plus, a brand-new update has just dropped, so be sure to take a look at the Rainbow Six Siege Y5S3.3 patch notes to see what’s landed.