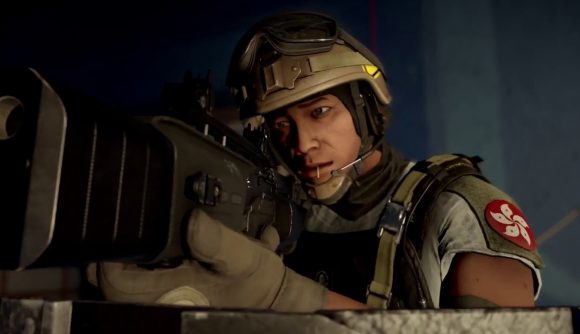 The Lesion we know and love in Rainbow Six Siege uses Gu Mines to deter attackers – these are those lovely invisible devices that fire poison syringes that cause damage over time, screw with your vision, and prevent you from sprinting until you’ve pulled them out. But Lesion’s gadget began as a different and much more painful-looking trap.

Concept art displayed at the Six Invitational in Montreal shows various early designs for Lesion’s trap, and variations of his character icon indicate several different ideas for how he might have operated if the team hadn’t eventually decided on the Gu Mine. One diagram shows a folding spike trap, which can be unhinged from a carry mode to deploy two rows of nasty-looking teeth on the floor.

There’s nothing particularly high-tech about it, other than perhaps the lightweight materials in the frame designed for portability. And it’s clear the Siege team decided to move forward with a more complex device for Lesion – another piece of concept art shows variations on a mine-like device with a penetrating spike on the top and three fold-out feet arrayed around the base.

Here’s a nice little gallery of the concept art, courtesy of Jordan: 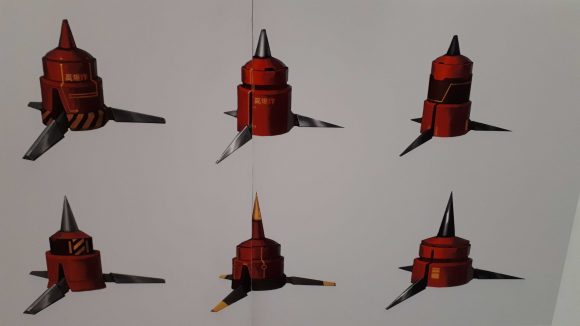 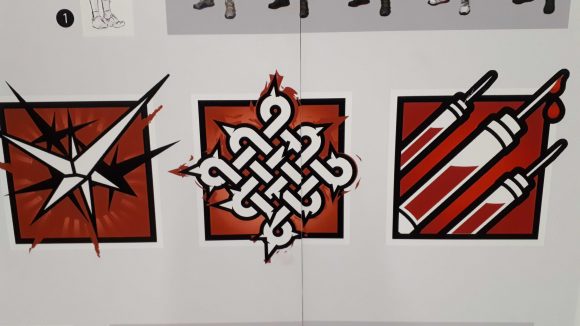 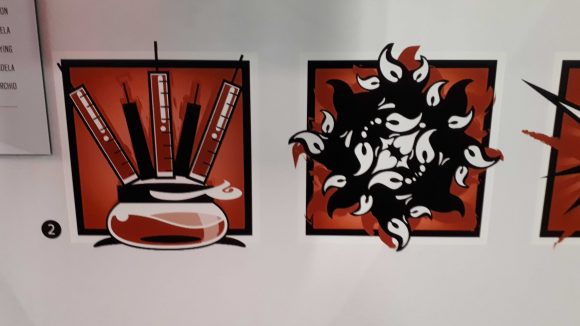 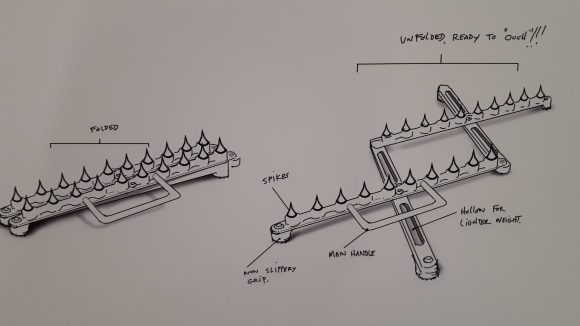 Perhaps most interesting, though, are the concepts for Lesion’s character icons. One shows a bulb of fluid with syringes bristling from the top, which is in line with the Gu Mine he’d eventually wind up with. But another shows what looks like a fiery explosion, one is a kind of square Celtic knot made of barbed wire or a thorny vine, and a third focuses in on the syringes.

More intel: Everything we know about Rainbow Six Siege Year 4

Another concept shows an angular caltrop, which is what Lesion’s gadget was called back when his character concept was leaked in the leadup to Operation Blood Orchid, which is when he was introduced. That icon would eventually be adapted into the one we have now, even though the Gu Mine is quite a bit different from a traditional caltrop.

Lesion’s probably more interesting to play with the Gu Mine, but if you’ve ever stepped on a nail (which I’ve done), it’s easy to imagine that these earlier designs would have worked to slow down an incoming attack pretty effectively as well.