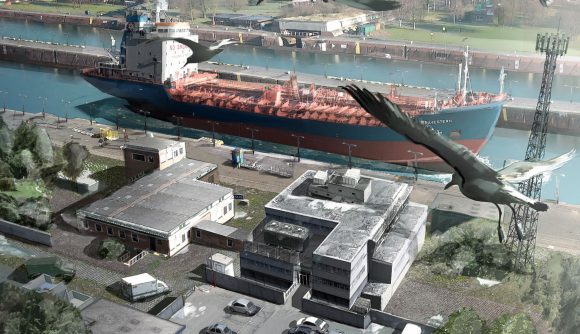 Rainbow Six Siege players have been noticing some weird patterns in the map rotation lately, but the latest patch should fix at least part of it up. It turns out that the multiplayer game‘s selection system would always ban the map on the right when the selection was down to two maps.

The result of the bug was that fairly often, players would find themselves playing the same map over and over. As it turns out, two things were happening: the map ban bug combined with a bug that caused the system to favour certain maps over others. Oregon, Coastline, Kanal, Villa, Kafe, and Consulate were showing up more often in the map flow, at the expense of Chalet, Theme Park, Bank, Club House, Border, and Outback.

Ubisoft says both problems have been addressed as of Patch Y5S3.2. The update addresses a laundry list of issues, including problems with yellow pings not showing up in replays, the consistency of flashbangs, and a problem that allowed Valkyrie to be thrown through the wall on the second floor hallway in Coastline.

You can read the full patch notes over on Ubisoft’s official Rainbow Six Siege site.

There’s more to look forward to this month: Tachanka’s long-awaited rework is due out any time now, and there’s a creepy puppet-themed team deathmatch mode called ‘Sugar Fright’ coming for Halloween, if datamines are to be believed.