Operation Neon Dawn continues Ubisoft’s new seasonal structure for Rainbow Six Siege, offering just one new operator – Aruni – but making up for the lack of a second op with a haul of gadget reworks, quality of life improvements, and balancing tweaks.

Jäger and Echo mains, we’ve got some bad news for you. Neon Dawn looks to dethrone two of the strongest defenders in the game with substantial reworks to their gadgets. Additionally, Hibana is also getting an overhaul to her X-KAIROS launcher to make her an even more versatile hard breacher. The Year 2 Season 1 map, Skyscraper, has been reconfigured to make runouts and window peaks more risky, while also opening up the interior so there are fewer chokepoints and more routes through the map.

Finally, a slew of much smaller changes, like a harsher runout timer, a ‘no-drop’ zone to save you from accidental bomb site fumbles, and more logical interactions between explosives and bulletproof gadgets will hopefully alleviate some of the community’s frustrations with the game. We’ve gone hands-on with Neon Dawn to test out all of the changes for ourselves, so keep reading for a thorough breakdown of everything new in Rainbow Six Siege Operation Neon Dawn.

Hailing from Thailand, Apha “Aruni” Tawanroong is our new defender. Aruni’s gadget is the Surya gate, a grid of lasers that can be set up over doorways, wall panels, and hatches in order to halt the attacking team’s progress. Aruni can set up three of her Surya Gates, which are indestructible, but their grid can be disabled very easily – any projectile or drone that passes through the lasers will be fried, but it will also disable the gate for roughly the 30 seconds. The Surya Gate can be reactivated after this time by shooting the device – a weird design feature – and anyone can do this, not just Aruni.

The Surya Gate will deal 40 damage to any attackers who are oblivious enough to simply run through it. The fact that it can’t be shot out or destroyed means this could be a very frustrating obstacle for players with no drone or grenades to throw into the gate, especially in a 1v1 clutch. 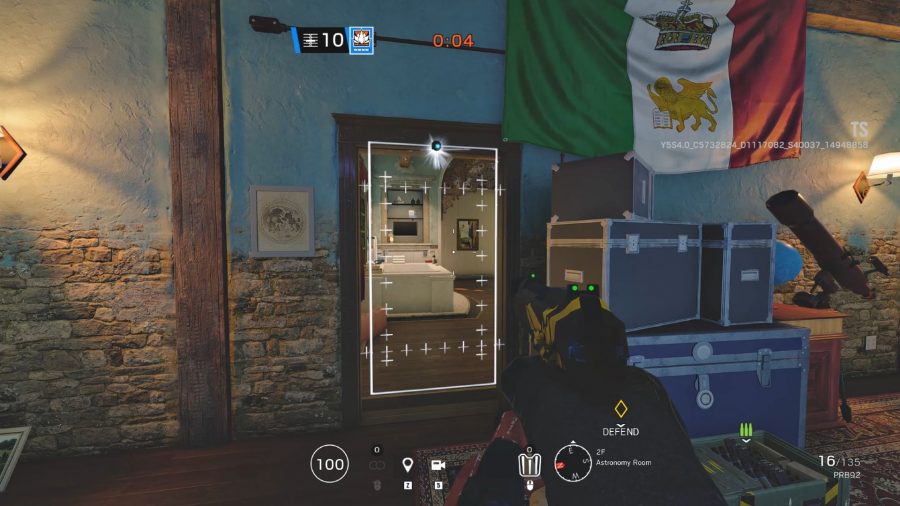 As you can set these up on wall panels, the Surya Gate can be a nice way of protecting rotation holes, but as they are so easy to disable they won’t stop coordinated teams for very long at all. There’s one more neat interaction with the Surya Gate, which is that it will visibly deactivate when a defender approaches it, this can either alert an attacker to the fact that a defender is peaking, or it can be used to tempt a Montagne through a doorway only to zap him by moving away.

There’s a lot more to Aruni than her Surya Gate, though. Aruni has a passive ability, which is that she can punch huge chunks out of soft walls with her prosthetic arm. This is her standard melee attack, but you can easily use it to create lines of sight through soft walls or to create rapid rotation points – no need to bring shotguns on defence if you’re looking to do some remodelling. As a two armour, two speed operator she’ll also be a solid roamer as she can quickly pop hatches open.

Lastly, Aruni’s loadout may be a point of controversy to some as she is the first defender to carry a DMR, however she won’t be able to equip a long-range sight on it – the highest zoom she has access to is the 1.5x. Alternatively, Aruni can equip the P10 RONI SMG, which is arguably the best option thanks to its high rate of fire and manageable recoil. Her secondary weapon is the PRB92 Pistol and she can choose between Barbed Wire and Proximity Alarm for her secondary gadget.

Skyscraper was initially introduced to Rainbow Six Siege all the way back in Y2S1. Its original form was relatively popular in ranked play and even featured in a few competitive games, however it had some pretty clear issues, which the rework aims to fix. For starters, there’s an accessible roof now, which should make attacking the top floor easier and safer. Many of the balconies that were prone to runouts have been broken up and disjointed so defenders can’t be as creative or annoying when opting for risky plays. Similarly, a number of windows have been closed off.

Inside, the map has been opened up with larger rooms, more rotation routes between the two floors, and far fewer chokepoints. Dragon, a key outside courtyard in the original map, has been brought inside to make life for attackers less perilous, but also to allow defenders more flexibility for extending bomb sites. Only time will tell if the map is more competitive, but it makes a strong first impression. 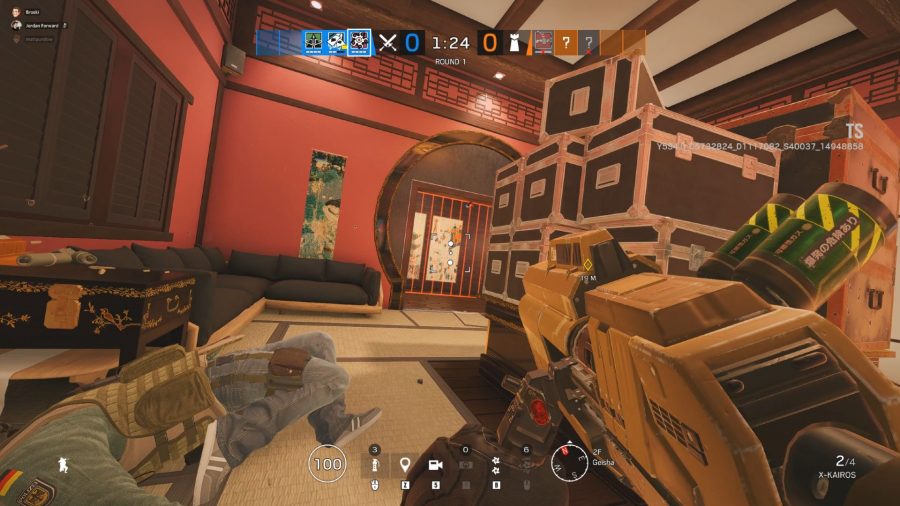 Hibana has been in a very balanced position for a number of seasons now, but Ubisoft wants to make her standout as a hard breacher. Previously, you could only shoot three clusters of six hard-breaching pellets with her X-KAIROS launcher, but now you will be able to cycle through clusters of two, four, and six pellets, allowing far more freedom for the type of breach you want to make. This will also make Hibana an even better option for opening up hatches as it only takes four pellets to open a reinforced hatch, meaning you’ll have two pellets to spare per hatch you open – that’s enough to open another hatch or even a hole large enough to crawl through.

There is an economic element to all hard breachers and this rework makes Hibana a much better option, especially as you can use those pellets to burn out Surya Gates or Jäger’s ADS devices.

Speaking of the German anti-projectile specialist… Jäger is arguably the best defender in the game right now, with an enviable pick rate at all levels of play. In the current build of the game, you can soak up a whopping six projectiles if you have all of his devices stacked up in one area, making it very easy to play behind a counter or Deployable Shield and resist an attacking push. The rework will change each ADS so that it burns one projectile and then goes on a cooldown for ten seconds before becoming active again – it can do this infinitely. This will make burning out an ADS much, much easier for any attacking team with a tiny bit of coordination.

Sure, this does technically increase Jäger’s potential anti-grenade capabilities, but in practice it will be very easy for an Ash of Zofia to route out a Jäger playing behind cover, especially if there’s a teammate on hand to burn out the ADS with a stun grenade.

In our experience with the rework, Jäger can be almost instantly flushed out of a position by a Zofia, as her two stuns and two impacts are enough to immediately disabled any and all ADS devices in the area. With some teamwork and intel, it’s worryingly easy to drop a frag grenade on an operator whose identity is all about countering frag grenades. 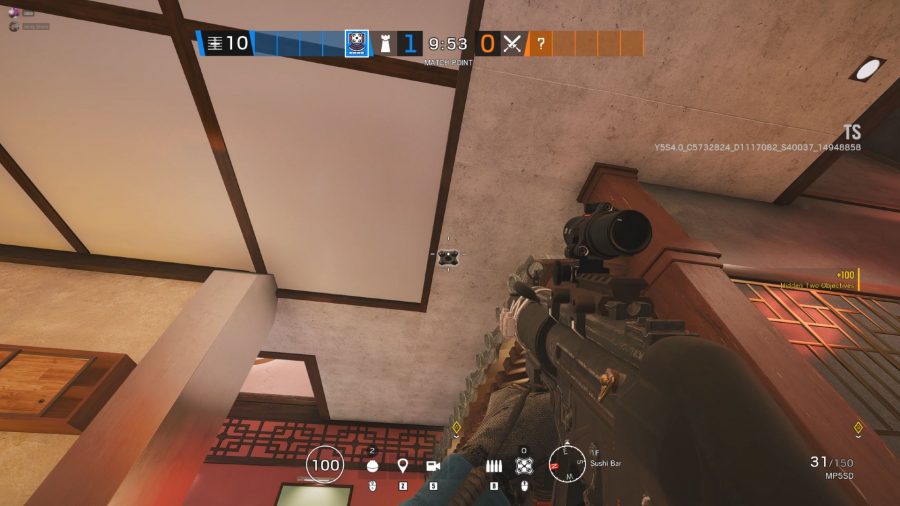 This rework is simple but highly effective in terms of nerfing Echo into oblivion – his Yokai drone will no longer be invisible. The most annoying thing about coming up against an Echo is that his drone is nigh-impossible to spot, making it difficult and stressful to play against. This is why Echo is currently among the most banned operators in the game – it’s not fun to be disoriented by a gadget you can’t even see. Still, making it totally visible could be a step too far as his gadget will likely only get one use before being spotted and shot.

It’s part of the game, but it’s also an incredibly tedious part of the game. It currently takes two seconds for a defender running out of the building to be revealed to the attackers, which is often enough time to pull off a spawn peek or grab a cheap kill on a rappelling player. Ubisoft is reducing the timer to just one second, making this style of play even riskier and much easier for attackers to punish. The timer has also been changed from a countdown to a progress bar, which should be a bit clearer for defenders to interpret.

Planting the defuser on the very edge of a bomb site is a very popular strategy as it allows for a relatively safe plant on some very open bomb sites. However, with no clear UI telling the player where the border of the site is, it’s very easy to accidentally drop the defuser, potentially losing a round. Ubisoft is adding a small border to all bomb sites so instead of dropping the defuser you’ll just, er, not plant it. It’s pretty simple, but should help players in those clutch situations. The animation is also being tweaked so that the defuser goes down much closer to the player so as to not clash with objects in the map – debris and furniture can sometimes block the plant, which is an incredibly frustrating moment. 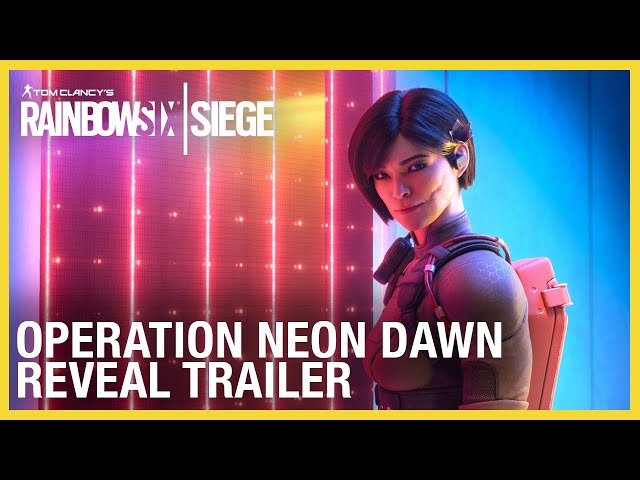 We have yet to test this, but Rainbow Six Siege is getting some neat new accessibility features for chat, including voice to text and vice versa. There is also a new narration and hints option, which should make life a little easier for hearing impaired players and newcomers.

Read more: all we know about the Neon Dawn release date

All in all, there’s plenty of change coming this season, although it’s not clear yet what effect some of the operator reworks will have on the meta. The change to Jäger threatens to be the most impactful tweak of the whole operation, Aruni included, and could retire one of the most popular operators in the game. So, while it’s always reassuring to see so many tweaks with each new season, it’s still unclear if these changes will end up being good or bad for the game.