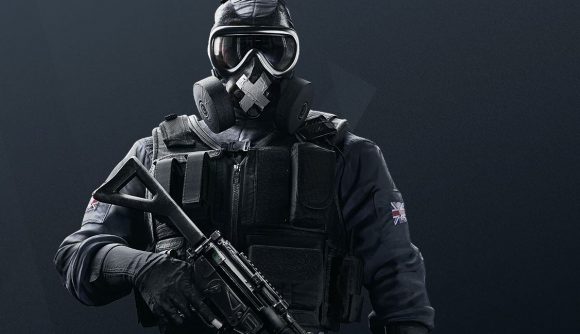 The patch notes for Rainbow Six Siege’s Wind Bastion update are out, and while the above-the-fold stuff is all about the new operators, Nomad and Kaid, there’s some special love saved for laconic defender Mute.

Ubisoft is giving Mute another loadout option: in addition to his P226 Mk 25 handgun, now he’ll have the choice to equip the SMG11 carried by Sledge and Smoke. That’s accompanied by a bump up in the SMG11’s damage, and together the changes give Mute a significant increase in flexibility.

Ubisoft said it wants to make Mute “a more attractive choice” as well as make him a stronger operator – and giving him the option of the fast-firing SMG11 (which he can pair with either an MP5K submachine gun or the M590A1 shotgun) probably goes quite a way toward accomplishing both goals.

A few other operators are getting tweaks with the Wind Bastion update as well. Clash, who was recently introduced with Operation Grim Sky, is getting a damage buff to her shield’s electrical output, from 3 to 5 points per tick. Ubisoft said recent patches have left Clash weak, and by giving her a bit more damage, she can be stronger without being “too frustrating to play against.”

Lesion’s T-5 SMG is getting a slight damage nerf, which Ubisoft says is to “bring him more in-line with where we would like to see him.”

Zofia will only be able to carry two concussion grenades, instead of the current three.

As for Smoke and Sledge, they’re both benefiting from the damage boost their SMG11 secondary is getting.

You can check out the full patch notes here (scroll down for the nitty gritty details).