They say that the secret of a good attack is a good defence. Well it goes something like that. Anyway, that appears to be the mandate set for Rainbow Six Siege’s Operation Crystal Guard, which gives the attackers a transparent deployable shield via new operator Osa. It sounds like a pretty basic inversion of a defender gadget that’s been in the game since launch, but in addition to placing it on the ground, Osa can also attach her shields to windows, or hold one in front of her to push through a hail of bullets.

Imagine you’re attacking the master bedroom on Chalet from the west balcony. You’re probably trying to find a defender through the piano window, but you’re always vulnerable from either a bathroom runout or a peek from the library hallway. With Osa you can block both windows with shields, leaving you free to find angles on anyone rotating through the piano room.

It’s not dissimilar to how Castle is used on defence, but Osa can use her shields aggressively as well. Even if you breach a crucial wall like CCTV on Clubhouse you’re still a long way from being able to move onto site and plant the objective safely. Osa, however, can pop a couple of smoke grenades to block lines of sight from cash and garage, then shuffle towards red stairs with her shield deployed and plant it in the doorway. Another shield can be planted facing the doorway to cash, giving the attacking team a foothold on the site and making a successful plant much more likely.

Before any chatter of this being overpowered gets thrown around, it’s worth flagging that there are plenty of counters. Defenders can destroy these shields outright with either an impact grenade or C4 – most defender line-ups will feature plenty of explosives – or they can melee the glass if they get close enough, rendering the shield opaque. Osa’s shields also have a small gas canister at the bottom of the concave side, which can be shot to drop the shield much like with Mira’s gadget. This canister is intended for attackers who want to reopen doorways and lines of sight, but they can also be popped with a shot from Maestro’s laser turret or from any crafty angle you’re able to open up through the floor. Smoke and Tachanka might even benefit from Osa’s introduction, as her shields grant these area-denial operators a little more safety to peek out and use their gadgets. 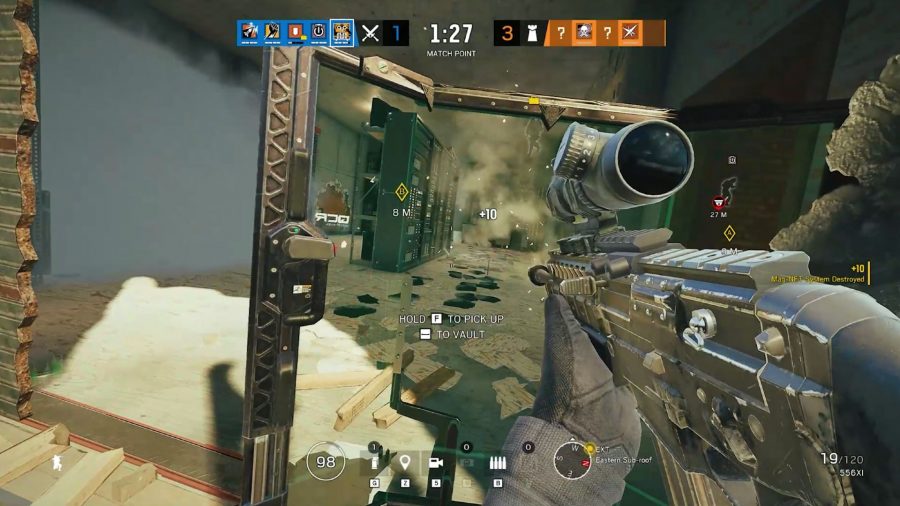 Osa will likely have the greatest impact on window and rappel play. By mounting a shield in a window, especially over one half of a large window, any attacker holding this position can hang around near its middle. Seems minor, but it’s a huge boon when rappelling. Sitting on a rappel near the middle of a window gives you the best vision and more angles to play with, but while you’re hunting for a sliver of cranium from halfway across the map, the defending team can target your whole body, suspended like a Piñata. Osa’s shields change that, allowing attackers to breathe down the necks of any defenders stuck on site, feeding intel back to their team the whole time.

Bundle all this together and you have an operator with the potential to change the default attacking strats for some of Siege’s most defender-sided sites. Bulldozing onto site with a barrage of flashes and smokes will also be a lot easier with Osa in your line-up. But while all of this sounds promising on paper, it only takes a single impact grenade to bring a shield down, so actually executing a strategy around Osa’s clear shields hinges more on luck than judgement.

The most fascinating element of Osa’s gadget is that it continues Siege’s trend towards symmetrical multiplayer. Over the past couple of years we’ve seen attackers like Zero and Nomad arrive as analogues for defenders like Valkyrie and Ela; Warden gives Glaz and Ying mains a taste of what it’s like to play against someone who can see through smokes and flashes; Clash provides defenders with a taser-toting version of Montagne; and Mozzie’s drone-stealing Pests even out the intelligence game. Osa’s clear shields perform the exact same role as deployable shields, but while defenders can use grenade-catching gadgets like Jäger’s ADS and Wamai’s Mag-NET to keep those shields safe, attackers have no counterpart. 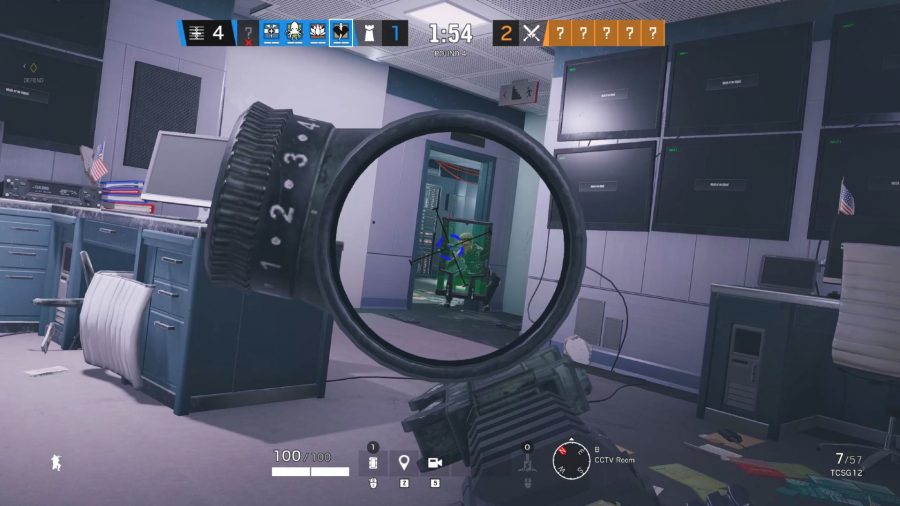 Variations like being able to place these shields in windows or use them on rappel create slightly new roles, but this is a gadget that is either oppressive or flimsy depending entirely on what kit the defenders have brought along to the fight. Whether or not attackers should get a gadget that snatches projectiles out of the air is a question for another day, but Osa’s introduction exposes some flaws with this move towards parity.

I’m excited to see what strategies the community can cook up with Osa over the coming weeks, but I remain sceptical that she’ll change the meta in any meaningful way. And that’s fine. If she can breathe life into some of Siege’s most stale attacking strats, even as more of a flavour pick than an essential operator, then her addition is worthwhile. Not every operator needs to change the game, sometimes they just need to inject a bit of fun, and Osa does just that.

There are plenty of other changes coming in Operation Crystal Guard, including improvements for skin visibility and map reworks for Bank, Coastline, and Clubhouse. Twitch, IQ, and Fuze are also getting minor reworks, and the first part of the long-awaited ranked rework is set to arrive with the new season, too. Not a bad haul.