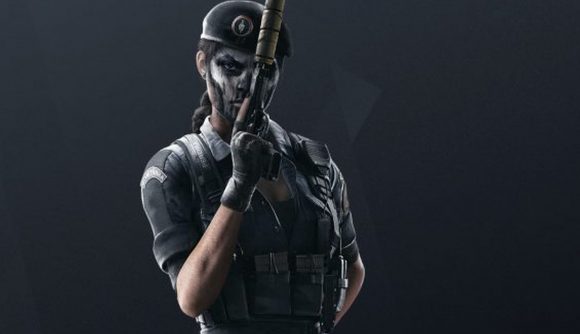 It looks like Rainbow Six Siege’s stealthiest operator might be even more sneaky than Ubisoft intended. Caveira may have just received some major nerfs, but a Rainbow Six Siege YouTuber has noticed a major perspective bug giving the Brazilian operator a massive advantage.

Caveira’s unique skill is Silent Step, which is primarily used to allow her to move around while making far less noise than other characters. Silent Step can be used for up to ten seconds, and then requires a few seconds to recharge. When activating the ability, Caveira’s stance changes slightly to reflect her stealthier movement, but it turns out that this is causing a major perspective issue.

As pointed by YouTuber Get_Flanked, if Caveria is already crouching when she activates the ability, she shrinks down even further. If she’s hiding behind a waist-height object, she becomes almost entirely invisible, but her perspective doesn’t change. That means that while she’s completely hidden behind a box or a desk to an observer, from Caveira’s perspective she’s still poking her head – and crucially her gun – out from behind cover.

What that essentially means is that Caveria is able to line up perfect headshots against people who might be looking directly towards her, but aren’t actually able to see her. You can check that out for yourself in the video below. 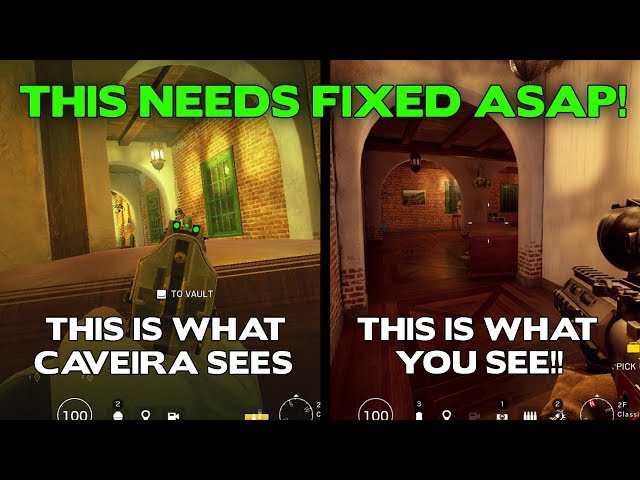 Assuming this is unintentional, it’s a somewhat troubling bug. As Get_Flanked points out, however, the reason it’s potentially gone unnoticed until now is that Silent Step is traditionally used to move around the map and sneak up on people from behind, not help hold an angle, so it’s likely this particular interaction happens relatively rarely.

Related: Rainbow Six Siege operator Blackbeard is keeping the US border safe, according to this local news outlet

We reached out to Ubisoft about the bug, and were told that “this is an exploit that [has been] in the game since the launch of Caveira but has been discovered recently.” Ubi also says that the development team is investigating the issue and “will have a fix in a patch to come.” For now though, I’d be extra careful when facing off against a Caveira.