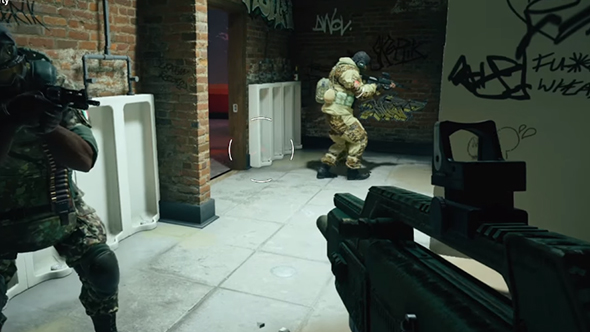 We knew some changes were in line for Rainbow Six Siege’s Clubhouse map, but now we have a much better idea of what to expect from the rework courtesy of some fresh gameplay footage from YouTuber PriesT. You can see the video for yourself down below, but here are the highlights.

There’s now a new hallway offering an additional access point to the underground basement area. Upstairs, there’s a new unfinished area, bridging access between the cash room, vault, and bedroom. There’s an window for greater accessibility to the garage, but other upper floor exterior windows have now been bricked over.

Dig into the best multiplayer games on PC.

Perhaps most importantly, there’s now a bathroom tightly packed with awkwardly close urinals. Ubisoft describe this as a map buff rather than a complete rework – we’ll have to see how it all works out in live gameplay, but these are some major changes which should provide a big shakeup to how matches play out on the map.

You’ll likely have the chance to check out the new Clubhouse for yourself on tomorrow’s TTS, but we’ll be waiting for the launch of Operation Para Bellum on June 5 to see the buffed map hit live servers.