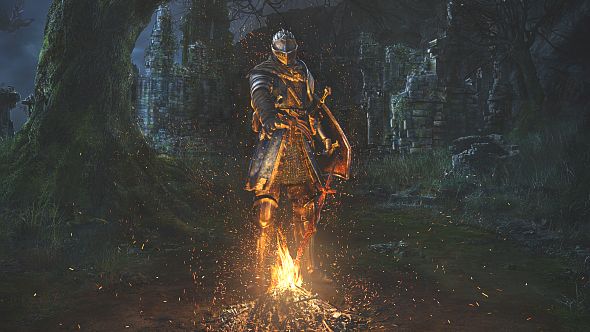 Rainbow Six Siege’s Operation Wind Bastion comes with a new map called Fortress – it’s a fortified Moroccan kasbah full of unique architecture and decoration. But it also holds a wry nod to Dark Souls – from the right angle, you can spot a kindled bonfire.

Redditor NikoLetsGoBwlin posted a video of the Easter Egg in Fortress to the Rainbow Six subreddit Wednesday. In Fortress, you can find a cooking fire deep in the building. Nothing looks out of place when you look at it from the outside – just a fire burning behind an arch-shaped opening in an alcove.

However, if you toss a drone at the pile of bricks underneath the shelf the fire sits on, you’ll find it can travel behind the fire and hop up to look back out – and if you do, you’ll see a distinctive twisted sword that’s been plunged into the embers.

While it’s not quite identical, it’s very clearly a reference to the coiled greatsword (or massive poker) found in the bonfires that are littered through all of the Dark Souls games.

Niko added the ‘Bonfire Lit’ text to the scene to help drive the point home (as it were), but the reference is pretty clear without it – turns out, Siege’s developers like Dark Souls, too.

Interestingly, Dark Souls’ own use of the sword-in-the-bonfire imagery is a reference itself – Souls director Hidetaka Miyazaki often cites legendary Japanese filmmaker Akira Kurosawa as a major influence, and the image appears in his 1954 epic Seven Samurai.