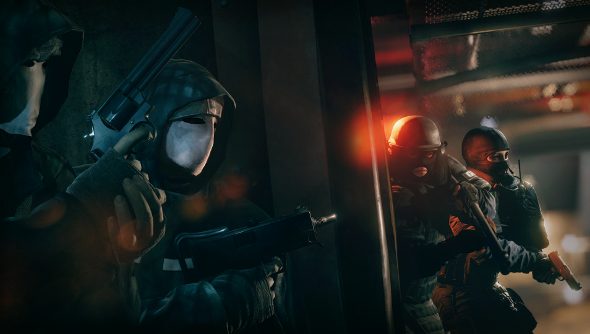 Rainbow Six Siege was expected this October, but ol’ Ubisoft have delayed the multiplayer tactical shooter, as they are wont to do.

Now you won’t be able to get your terrorist hunt on until December 1st.

“This wasn’t an easy decision,” Ubisoft said on Ubiblog, “but based on the feedback we’ve received, and based on our own internal tests, we felt there are adjustments and improvements we can make, including improving the co-op experience across all game modes, weapon and gadget balancing, as well as menu and interface navigation.”

Can’t argue with that. After waiting for so long for a new Rainbow Six title, it would be a tragedy to see it crushed by a shoddy launch. Of course, a delay doesn’t always ensure a great launch and Ubisoft has far from a sterling reputation on PC. Maybe this will be the game that will change that?

Despite the launch delay, the beta will kick off on September 24th as planned.

“[T]he additional time will allow us to further test things like infrastructure and matchmaking. That extra testing and added polish will make for a higher-quality experience at launch.”

It was already showing a lot of promise when I checked out the Rainbow Six Siege alpha, but it was a mere skeleton back then.