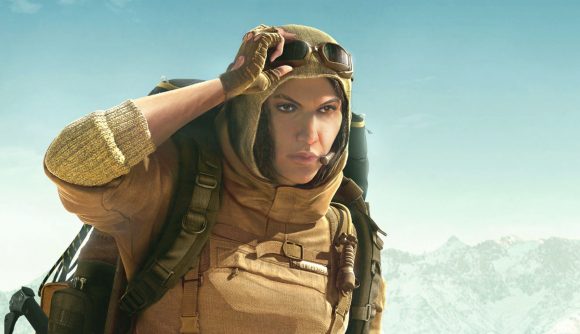 Rainbow Six Siege hasn’t been as dedicated to in-game events as many other ongoing games, but we’ve seen a few – from the holiday reskin of Mad House to the more substantial PvE experiment of Outbreak. The latter might be a bit too big to expect again in the future, but the developers want to keep using mid-season events as a way to experiment with new game modes and ways of playing.

“I think Outbreak was a very specific example with its own operation and new type of gameplay,” director Leroy Athanssoff tells us. “But if you look at the Mad House and Road to S.I. events, what Xavier [Marquis] wants, and I think he is right, is to have these events act as a laboratory where we can experiment with. You can expect these events to have more and more gameplay modifiers, and some cool and different experiences.”

The Road to Six Invitational playlist is an especially interesting experiment, since it offered a feature players had been wanting for ages: pick and ban. Many were hopeful this was an example of Ubisoft experimenting with a new feature to see if it would fit in the game proper. While the full implementation of that feature remains a question mark, it sounds like this is exactly the attitude Ubisoft is approaching these events with.

“Mad House was a reskin of a map with some operator cosmetics and tweaked rules, but you can expect more gameplay changes from these mid-season events. I don’t want to go into specifics, but think of them more like new game modes that will give us the opportunity to test and toy with concepts to see if it’s fun or so bad that we should never experiment with them again. Expect these events to also increase in terms of gameplay variety.”

Athanassoff also gave us some insight into the Frost rework and why we haven’t seen an Operation Health 2 – it’s at least partly to divvy up the team so some developers can work on game health while others bring these sorts of playlist changes to life.

For now, all eyes will be on the Burnt Horizon release date, after the update finishes its stay on the TTS. Once Mozzie and Gridlock hit the proper live game, we can start looking to the future and what to expect from further mid-season updates.