Ubisoft are overhauling the esports side of Rainbow Six Siege. Announced at the Pro League Season Seven finals in Atlantic City, Ubisoft have detailed seval major changes being made to the structure of the Pro League. The core change revolves around shifting the professional side of the game away from a tournament-style event and adapting it to a true league format.

The new structure means that each season will run for six months instead of three, with two major final events per year. Every team in the Pro League will play each week, resulting in 14 matches over the entire season. From a fan’s perspective this means there will be something to watch on Twitch and YouTube every week, with the schedule currently set for Mondays, Wednesdays, and Thursdays.

Learn about all the other changes coming to Siege as part of Operation Para Bellum.

You’ll see these changes become active as part of the Paris Major in August, where 16 teams instead of the usual eight will be participating. The eight finalists from the Pro League Season Seven finals automatically qualify for the Paris Major, and the previous Invitational and DreamHack winners are also invited. A team from the host country gets an automatic invite, so expect a French team to be present, and the final five slots are open qualifiers. 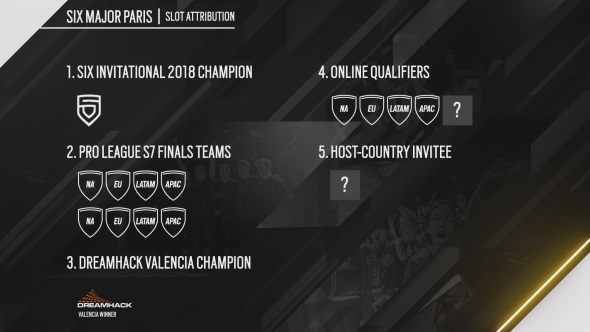 The new system also sees lots of in-game changes. The new league format removes the swapping of roles each round. Teams play as attack or defense for five rounds, and then switch to the other side for up to a further five rounds. The first team to six wins takes victory for that map. There’s no overtime system; teams either win, lose, or draw. This is all applied to a best of three maps scenario, so it’s not a complete overhaul of the old format.

Perhaps the most notable change is the introduction of a MOBA-style pick and ban phase that allows teams to prevent a selection of operators from being used. Four operators are banned in total – two attackers and two defenders – allowing teams to deny their enemies certain tactics or preferred characters. 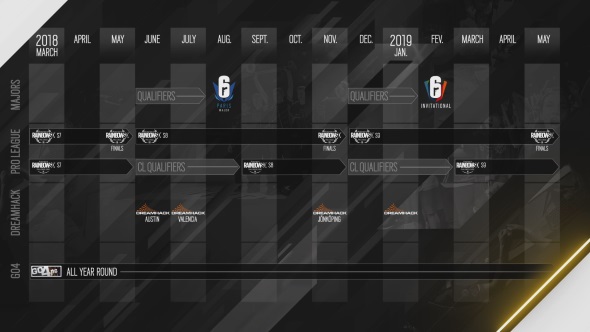 The changes are many, and feel colossal in nature. The move to a six month season means the Pro League will be a far more persistent part of Rainbow’s life, and offer consistent entertainment for fans. The promise of games every week not only means something to tune into on a regular basis, but also constant practise for the teams. And the fact that there’s twice as many teams means that there will be a more diverse collection of personalities to get behind and root for than ever before, including fresh new teams, esports giants like Fnatic, and Siege veterans such as PENTA.

Siege’s growth since its small 2015 debut has been astonishing, and the size it has swelled to meant it was inevitable that its esports format would have to be remixed. The new structure promises strong support from Ubisoft and ESL for the years to come, and indicates that Rainbow Six has no intention to stop its apparent plans for esports calendar domination.