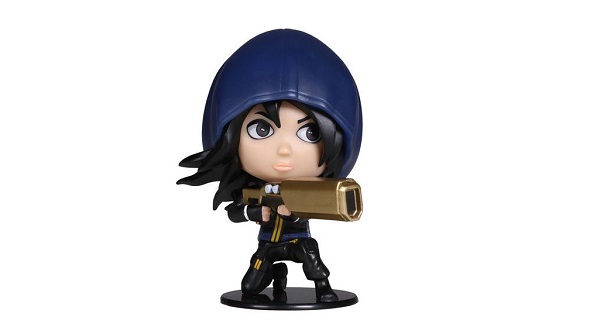 Nothing about Rainbow Six Siege really screams “cute,” but that doesn’t mean its super-serious operators can’t be adorable off the clock. Ubisoft have unveiled five new vinyl chibi figurines that are joining the Rainbow Six Siege collection, and they’re currently available for pre-order.

The second wave of figurines include Hibana, Jager, Valkyrie, Sledge, and Thermite. Each figure is about four inches/10 cm tall and includes a code for an in-game weapon charm. Purchasing a figure can also grant you 20 Uplay Club Units.

Rainbow Six Siege is on our list of the best multiplayer games on PC.

Ubisoft is also running a special offer – the first 1,000 customers to order the entire chibis collection will also receive a limited-edition Gold Valkyrie figurine for free.

The second wave joins the initial line of Siege chibis, which included IQ, Ash, Montagne, Tachanka, and Smoke, which are currently available in the Ubisoft Store.

Just in time for the Operation Para Bellum reveal this weekend, the new figurines are available for pre-order now, and Ubisoft say they’ll be ready to ship September 6th. They’ll cost you $19.99 USD each. You can find them online at the Ubisoft Store if you have a shelf that needs defending.