Rainbow Six Siege just got a new batch of cosmetic items, offering summer-appropriate attire perfect for staying cool through the hotter months – and look cool doing it. If you log in to Siege right now you’ll get two of the new Sunsplash for free, giving you a pair of cosmetics from the 12 item collection.

These packs – they bear a striking resemblance to Capri Suns, incidentally – offer the chance at items like Blue Hibiscus, which features Lesion in a Hawaiian shirt. Then there’s Scuba Six for Dokkaebi, an aptly named wetsuit, as well as our favourite, Summer Cool, which gives Lesion a popsicle stick to chew on.

Stay competitive by staying current with the best multiplayer games on PC.

You’ll also have a shot at some colourful weapon skins, and some nifty charms ranging from diving masks and flip flops to a very angry Tiki idol, on top of all the other skins in the package.

The full collection will cost 2700 R6 credits, or just over $20 USD. Not a terrible value, despite the relatively small selection of skins. 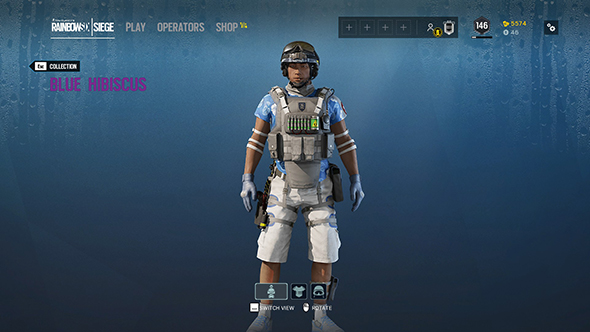 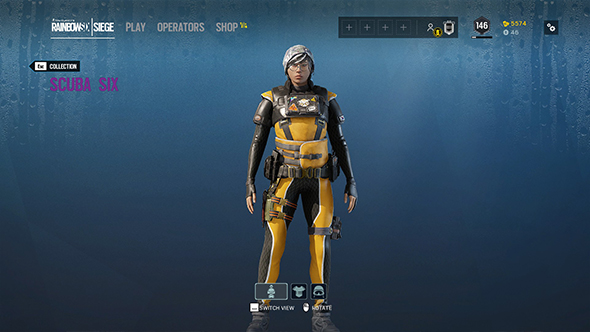 Honestly, the sheer force of these summer skins might force us to rethink our list of the best Rainbow Six Siege operators. There’s combat effectiveness, then there’s being enough of a cool dad to hold a popsicle stick in combat. That’s tough to argue against.