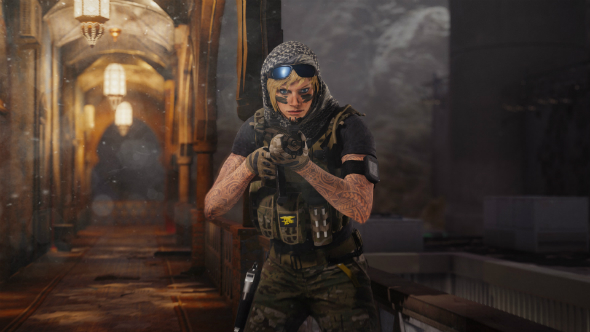 Trolling, griefing and other words for people being a dick are bothersome aspects of most online shooters. But in Rainbow Six Siege, where getting team-killed at the start of a round means a wait of up to four minutes on the sidelines as the round plays out, it’s bigger than that. Recently I was team-killed by a very special type of internet dick: The Showboat. This player wasn’t interested in ruining my day in the hopes that I’d lose my temper or rage-quit; this player just wanted to make sure that the whole team had a good view from spectator mode of what was about to unfold. During the final round of the match, after my team had fought so hard to come back from a two-round deficit, The Showboat turned on the entire team, executing each one in cold blood before whittling their own health down to 50% just as the attacking team were approaching the building.

Related: check out the best FPS games on PC for more aim-down-sights action. 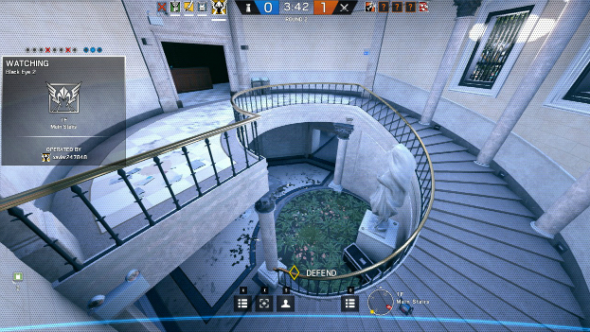 If this had happened at the start of the match then everyone would have left. End of story. But if, against the odds, this spectacular arse managed to win, we all stood to get a huge XP and Renown boost for winning the match. Team chat descended into expletives and despair, until our tormenter answered back: “spot for me XD”. The Showboat – as I’ll be referring to them throughout – was playing as Valkyrie, a defensive Operator whose unique gadget is a collection of three discreet surveillance cameras. After a few seconds, all three cameras had been placed – one halfway up a spiral staircase, the second on the ceiling of a corridor running between the staircase and the objective, and the final one hidden amongst some desk clutter in a room at the top of the staircase.

Within seconds of the attacking team reaching the building one had been killed. A fellow deceased teammate had spotted the enemy team with one of the many external cameras and The Showboat was quick to sprint to that side of the building, break through the boarded-up window and headshot the first enemy in sight. Buoyed by their numerical advantage, the attacking team embarked on a manhunt that was to go about as swimmingly as the time Sheriff Will Teasle thought it’d be a right laugh to harangue, abuse and eventually hunt a former Green Beret through the dense forests of Washington. Of course, unlike John Rambo, The Showboat was the one who drew first blood in this equally ridiculous situation. 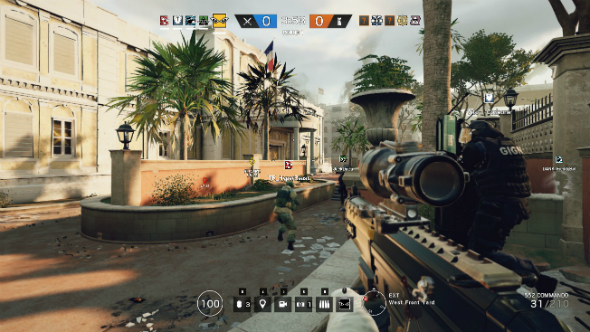 The four remaining attackers rappelled up the side of the building where The Showboat had fired from. They cleared away all boards and entered the room. Part one of The Showboat’s plan had been completed: they were now separated from the objective by a floor, and the easiest way to get down to it would be via the heavily surveilled spiral staircase. The four attackers moved quickly towards the staircase, only checking corners and side rooms as a formality. Meanwhile, The Showboat had stowed away on the far side of the top floor, waiting for the attackers to reach the spiral staircase, which we, The Showboat’s victims and colleagues confirmed via team chat. Spotting enemies with cameras in Rainbow Six Siege also highlights their positions with markers, and with two cameras now trained on the attacking team, The Showboat had a comprehensive view of the situation.

The attacking side were stacked up at the bottom of the staircase, totally unaware they were in the sights of my bastard teammate. The whole group then turned around upon hearing a beeping sound: my beautiful bastard teammate elected to just lob a C4 charge down the stairs and detonate it rather than mow them down with an SMG. Suddenly, I was watching a very winnable one-vs-two scenario. 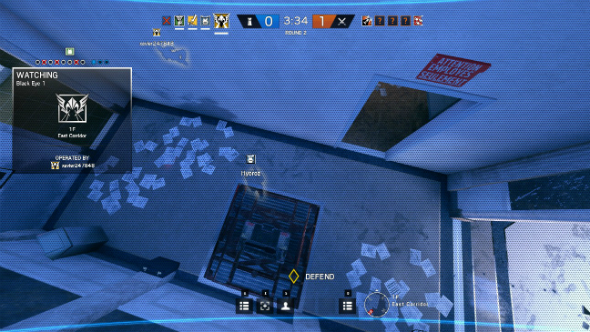 The two attackers went straight for the objective, presuming they knew where The Showboat would be coming from – they didn’t. My dutiful comrades scanned the pair as they made their way down the last hallway toward the objective. I had long since abandoned my post as ghostly CCTV technician to watch the action from The Showboat’s perspective. The attackers had begun securing the objective, and instead of being whisked away down the spiral staircase in pursuit of the round win, I found myself staring at floorboards, Desert Eagle in hand and objective timer winding down. Just as I began to type into team chat, urging my quasi-companion into action, The Showboat racked up another kill – a headshot through the floorboards that was made possible by the diligent camera scanning of my teammates.

The last attacker fired upwards through the ceiling, clipping The Showboat, who only had a few seconds to get into the objective room and kill the last enemy. Except the flurry of bullets also opened up a sizeable hole in the floor, which more than made up for the fact that the attacker had blindsided the cameras. It wasn’t enough to jump through, but it was enough to get a glimpse of the target and unload a full magazine into them. 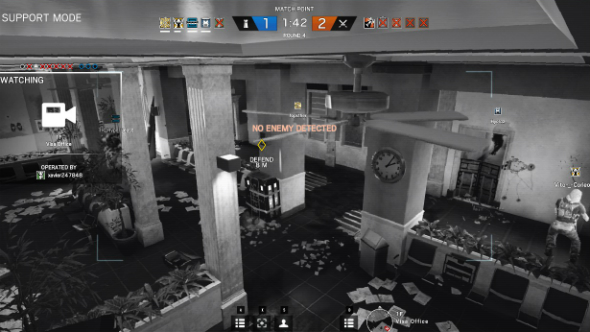 Round won, match won and chat ablaze with accusations of hacking, The Showboat left one final message for all to read: “ez ;)”. We’d got the XP and Renown boost for winning the game, but I’d never felt so used – I’d been complicit in my own death, remained silent throughout the whole round, even obeyed my killer’s orders posthumously.

Of course at the same time I couldn’t help but be impressed by this awful person, not for the feat itself, but for the sheer level of manipulation on display. Someone created a situation for themselves, then had the tenacity, willpower and confidence to see it through. I’d surely just played a round of Rainbow Six Siege with Gordon Gekko.

Experienced something familiar? Share your tales of gaming grief in the comments below.