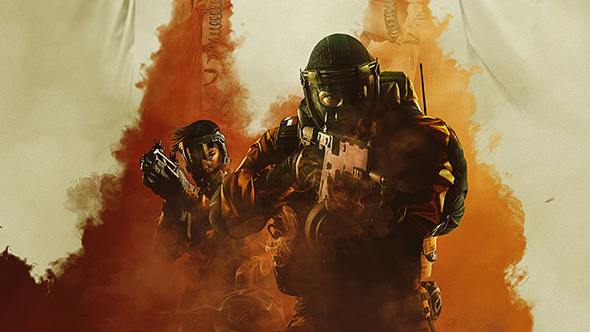 Rainbow Six Siege’s Operation Chimera is now live, and not only does that mean you can play it, we’ve also got the most exciting part of any new update: patch notes.

The biggest addition comes in the form of two new operators, the biohazard specialists Lion and Finka. Lion gets a wallhack-style ability to see through walls while Finka brings instant revives to her team, and you can get far more details on both with our guide to Operation Chimera.

Their biohazard expertise will be especially helpful in the new, time-limited Outbreak mode, which puts you in battle against hordes of monsters in three new co-op PvE maps. The event will run from the launch of Operation Chimera to April 3, and you can already get a taste on the test server.

Of course, it’s not just the big new features that are here, as the patch also brings plenty of balance changes and other improvements for Siege. Here’s what to expect.

As Ubisoft confirmed last month, Ela is getting nerfed even further. “She is still too powerful and, logically, picked way too often,” they say. “This is mostly because of her SMG still being too strong.” To that end, recoil on the SMG will be increased, with harder pull on the camera and a bigger maximum diamond size representing kickback. Base damage will also be reduced from 28 to 23.

A deployable shield will also replace Ela’s impact grenades, in an attempt to disrupt her ability to get so much roaming work done on her own. “This loadout change will force her to rely on teammates for rotation holes, or to pick the shotgun if she wants to do them herself.”

Kapkan will now have impact grenades instead of barbed wires. This should streamline his already packed preparation phase and end up giving him faster rotations.

Blitz is now rated at 2 speed / 2 armour. Ubisoft say that he’s still at the bottom of the pack despite the previous rework, and a boost in speed will help him shine in close quarters battles by closing the distance more quickly.

Previously, player clients and the game server could desync when displaying the position of down but not out players, meaning that shots at downed opponents often wouldn’t register. This should no longer be the case, with knocked out players now displaying accurately.

The “key moment” during reload animations where your ammo count updates has now been made faster across the board. You can also now interrupt tactical reloads by aiming down the sights, which was previously only possible during sprint. Reload resume points have been added across all weapons, allowing you to pick up where the animation left off after things like discarding the empty magazine. A new raw input option under controls will read inputs directly from the hardware without post-processing, improving responsiveness when the game is under load.

Bartlett University will be removed from casual playlists in favour of the return of Yacht. There are no changes to the ranked playlist.

You’ll no longer be able to walk on shields, preventing access to a handful of exploits. Now the instant an operator is registered as walking on a shield, it will be destroyed and return to the inventory of the player who dropped it.

Responding to feedback, Ubisoft have made tweaks to melee hits that should make hits validate more reliably.

There’s a massive list of bug fixes, as always. Below are the main gameplay fixes, but you can check out the official notes for full details on operator and level specific fixes, and more.