As part of this Rainbow Six Siege season, Ubisoft are taking a breath to update and optimise everything they have released so far for the game. Currently, part of the team is picking over each map to see what they can do to make them look better and run faster than they did at launch.

Rainbow Six Siege is one of the finest shooters around, but here are the other best FPS games on PC.

The biggest change is actually quite a subtle one. Siege’s big sell is its destructible environments; attackers are encouraged to go through a level’s walls, not its doors. One way the team did this was to light the game in such a way that the areas where the defenders are likely to hide are in darkness and the attackers’ routes are in the light, so when attackers punch a hole in a wall the defenders have to stare out into disorientating bright light, whereas the attackers can see into the dark quite clearly.

After seeing how people play the game, Ubisoft have decided to strip out that bloom effect, making the destruction a more useful effect for both sides: 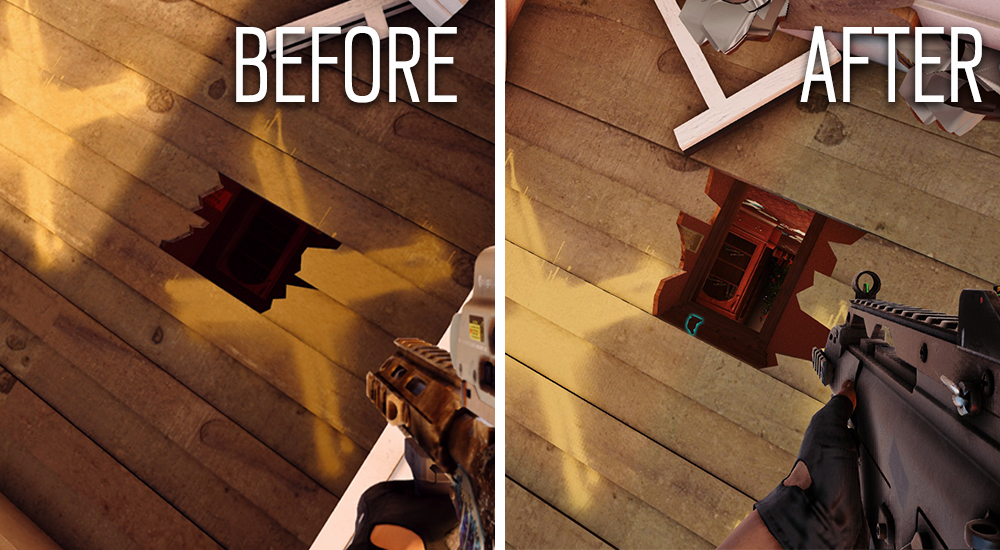 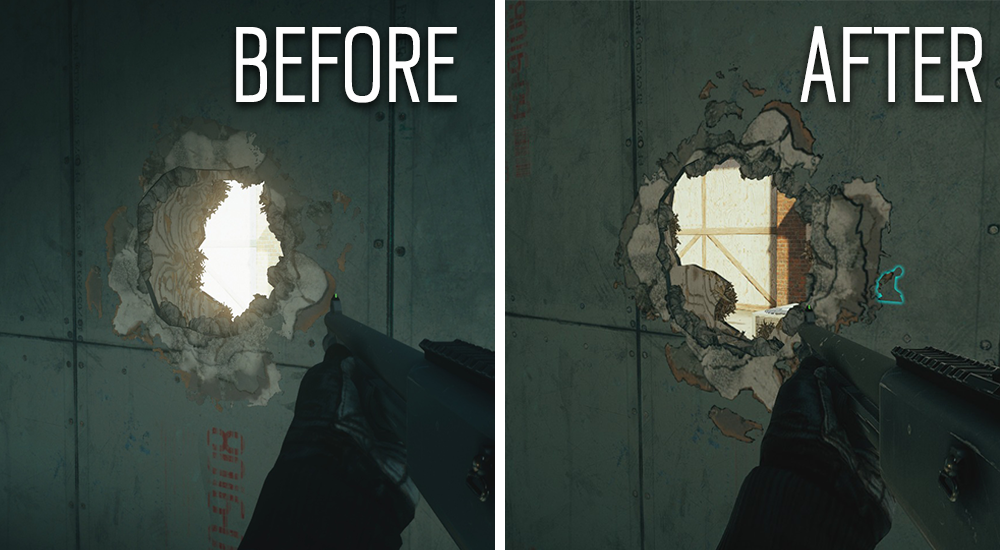 The team is also going through each map optimising the art and textures to reduce the strain on your PC’s memory, the knock-on effect of this should be that the game will have fewer hiccups when everything is exploding.

Can you tell these levels have been optimised? They still look darn good to me: 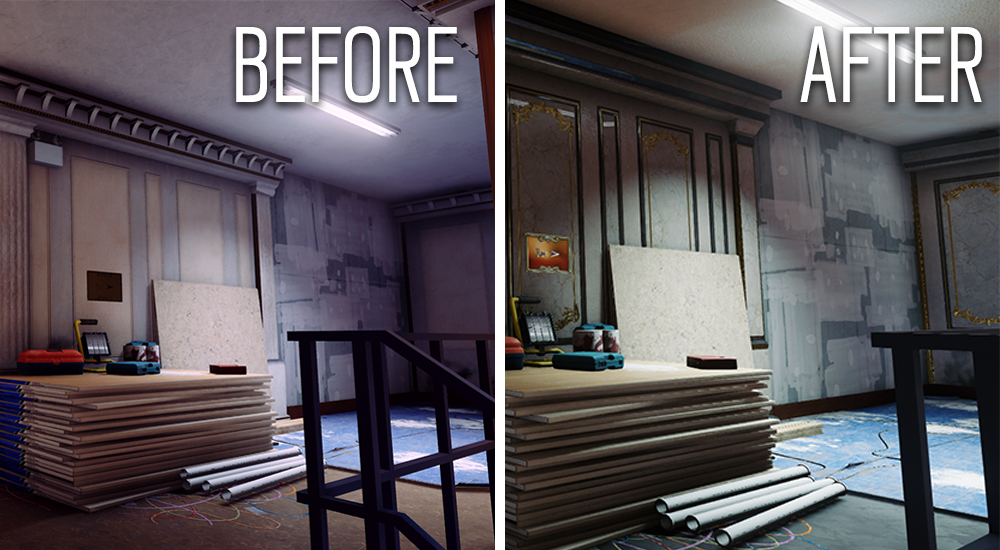 Also getting a dash of added prettiness are the Skyboxes: 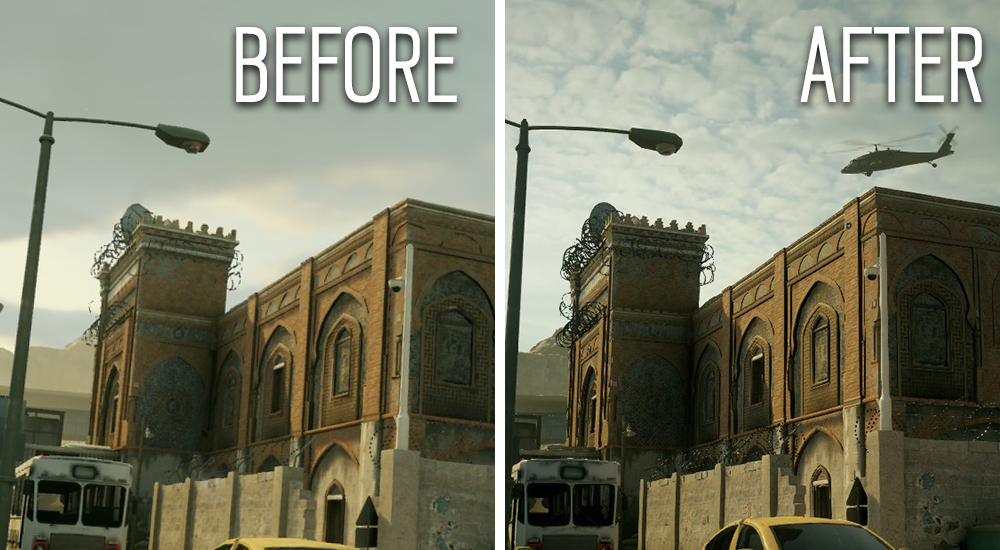 All of these updates and changes will be rolled out through this season. You can read more about it on Ubisoft’s blog.