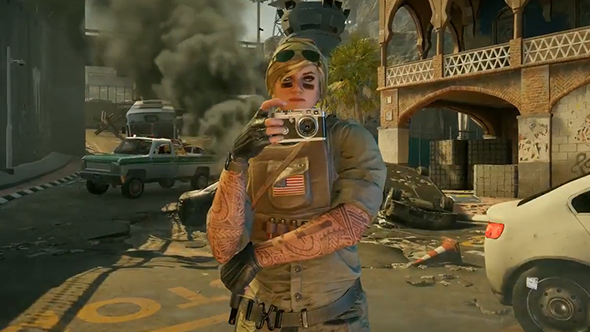 You can look forward to the next Rainbow Six Siege very soon, as a new look for Valkyrie is coming down the line next week. It may look familiar if you’ve been keeping abreast of leaks, but please try to act surprised for Ubisoft’s sake.

Valkyrie’s new elite skin will go live on May 7, a wartime photojournalism look that’s sure to give even Frank West a run for his money. It also has a pretty sweet animation, as you can see in the clip below.

Smile for the camera…

This skin was leaked at the same time as IQ’s 80s-inspired gym wear, though I suspect this one will prove a little less controversial among the crowd who prefer Siege to stick with its hardcore tactical aesthetic.

Some more substantial Siege updates are on the way soon, with teasing season starting up for the next operation. Between those teases and a heavy number of leaks, we’re starting to get a get a pretty good idea about Operation Para Bellum and its release date.