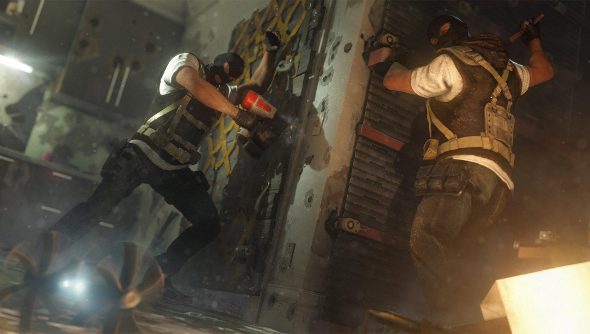 Assassin’s Creed: Syndicate might not have a proper PC release date, and The Division’s been pushed back, but at least you can seek solace in the fact that Rainbow Six Siege now has a release date, and it’s the same date for every platform. Madness!

Rainbow Six Siege will launch on October 13th, pitting terrorists against counter-terrorist groups. Of course, the main foes that needs to be filled with bullets are walls. Fill ‘em with holes and rip ‘em down.

I faffed around on a plane and in a house as I brandished guns and fancy tech during the Siege alpha, and it made a good first impression. And you can read exactly why I thought that the Siege alpha was a brilliant skeleton of a game.

A closed beta is also due later in the year, which you can get into if you pre-order the game.