Former CS:GO pro Michael “Shroud” Grzesiek is at today’s Rainbow Six Siege Raleigh Major. While he’s not going to be playing in the actual tournament, he’ll be playing in the Creator’s Cup exhibition round with his team ‘The Rowdy Shroudys’ as we wait on the reveal of Operation Ember Rise, Siege’s upcoming new season of content.

Shroud is helping promote Acer’s line of Predator-branded gaming laptops, as he points out in a sponsored tweet. The gimmick here is that you can stop by the booth and say hello after the tournament wraps up, or if you’re at home, you can queue up in Siege for a chance to play alongside (or against) Shroud.

The catch is that to do it, you have to use the ‘AR’ Facebook filter Predator Gaming has created. Basically, it places a holographic space helmet or Predator head over half of your face, with a daub of warpaint under the opposite eye. You take the photo, post it to Twitter or Instagram, and then hop into a game and presumably hope for a chance to play with Shroud.

I have gone ahead and created such a photo, strictly for the purposes of journalism. To do it, click the link in his tweet, which will prompt you to send a notification to your mobile Facebook app. Follow that, and results such as these can be yours. 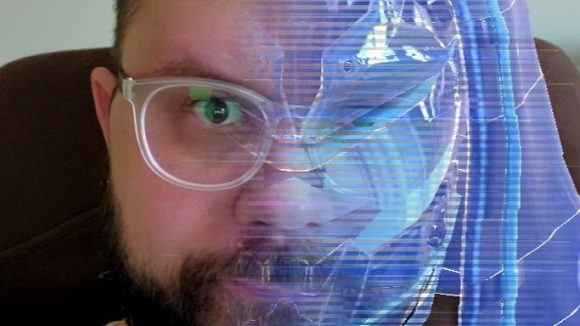 Yup, I feel much more like a pro Siege player already. Just having made this image has improved my KDR across the board, probably. I haven’t actually checked yet, but it’s basically a sure thing.

The DLC reveal and esports panel will kick off today at 14:00 ET, with the Grand Final round of the competition starting at 15:00, with Team Empire facing off against G2 Esports. You can tune in to all the action at the official Rainbow Six Twitch channel.