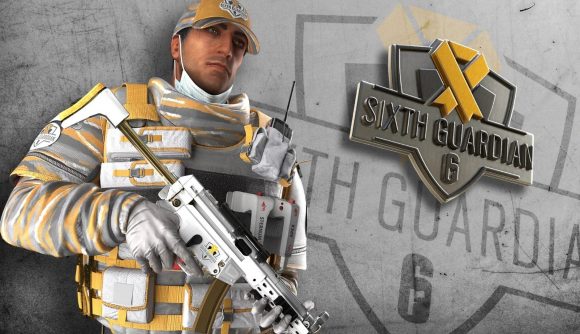 In November last year, Rainbow Six Siege developer Ubisoft launched an initiative called the Sixth Guardian Program for the FPS game’s Operation Neon Dawn. This kicked off a series of seasonal operator gear bundles with 100% of net proceeds going directly to selected charities – and it seems they’ve been a roaring success. The first chosen charity, The AbleGamers Charity, has announced its own bundle has raised a whopping $170k.

Well, $171,183 to be precise, which is a pretty huge final total. AbleGamers, which is a US-based non-profit organisation “dedicated to bringing inclusion and improved quality-of-life to people with disabilities through the power of videogames”, was the first charity to be assigned to a Sixth Guardian Program bundle and has announced the total in a press release.

The charity’s Siege bundle was for defending operator Doc, including a gear set inspired by the charity’s colour scheme, with white, yellow-orange, and grey tones. The bundle kitted Doc out with a new uniform, baseball cap headgear, weapon skin, and charm, which you can check out in the image below.

The bundle cost 1200 R6 credits (with this amount currently priced at $9.99 on Ubisoft’s store), so it looks like thousands of players decided to scoop up the bundle for the op.

By buying this set for Doc you will help to directly support the @AbleGamers charity, whose mission is #SoEveryoneCanGame.

Only available until the end of Y5S4 – so make sure to check it out!
🔗 https://t.co/WSRpq6Jasz pic.twitter.com/ZYdj4TfKgr

“We’re delighted with the success of the Sixth Guardian Program’s debut bundle!” says Siege senior community developer Eric Pope. “It’s so exciting to see the Rainbow Six Siege community come together to give so generously to The AbleGamers Charity, and we can’t wait to keep the momentum going with more opportunities for them to contribute to good causes in the future.” 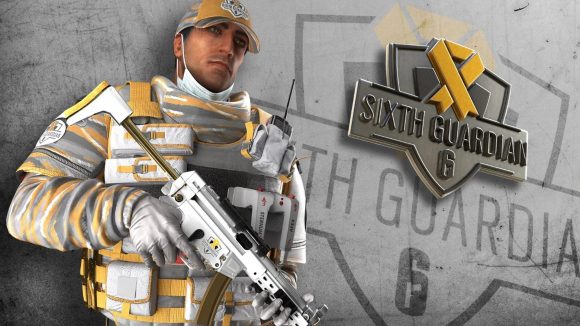 “We love working with Ubisoft Montreal and the greater Ubisoft team to change the world,” says chief operations officer and director of peer counselling for The AbleGamers Charity Steve Spohn. “The community of Rainbow Six Siege supported gamers with disabilities in such a huge way.”We’re grateful to both the players and developers for enabling us to further our mission of making it #SoEveryoneCanGame and be a part of awesome communities like Rainbow Six. We’re excited and hopeful that industry leaders like Ubisoft will continue to support gamers with disabilities both in their games and beyond.”

If you’re keen to find out more about The AbleGamers Charity and the work it does, you can head to its site at that link.