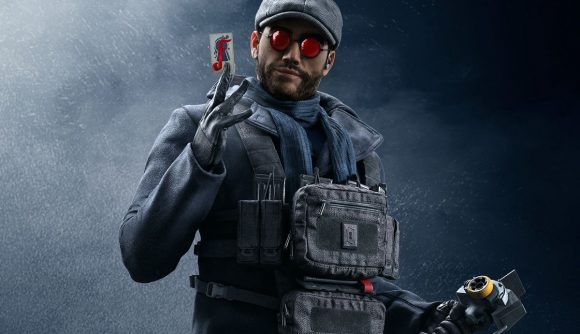 Nearly six years after Rainbow Six Siege released Ubisoft’s shooter continues to draw in players in record numbers, which is why it’s more important than ever that Siege’s training modes are up to date. However, the team “don’t have anything major planned” for the current Training Grounds and Situations, but is invested in creating tools for “operators, weapons, and gadgets”.

Rainbow Six Siege’s developer has been promising a dedicated training mode of some sort for a long time now, and while the game does boast Training Grounds and Situations modes for new players to try out they’re very basic – and most importantly, have not been updated to reflect Siege as it currently is, or how players actually play the game.

We spoke with associate game director Aurélien Chiron about this issue, and it sounds like the Siege team isn’t happy with the current training options either. “Training Grounds and Situations are not a great tool for onboarding,” Chiron confirms. “We don’t have anything major planned for them apart from some difficulty tweaks.”

Fortunately, Chiron adds that while Training Grounds and Situations aren’t getting an upgrade, better PvP training is in the works. “We want to focus on the PvP side of Siege, which is the core experience. We prefer to invest in training tools that improve the learning curve, so players can test operators, weapons, and gadgets, and learn maps more quickly.”

More specifically, Chiron also says that the team “are still working on a shooting range feature for Siege.” Fans may remember that, back in April, Ubisoft announced a partnership with Aim Labs to create “training solutions” for Siege, but Chiron says this “doesn’t impact” their work on the shooting range “at all” – but does admit that it’s still too early to talk about it.

Also from the Siege interview, game director Aurélie Débant confirms that the team are “working to solve issues” around the game’s prone and crouch mechanics, specifically crouching “being too quiet”. Too right – this isn’t Splinter Cell, after all.