Rainbow Six Siege’s defenders have got themselves a new means of creating rotation holes and expanding their site. It’s not a new shotgun or explosive device, but instead a well built Jordanian with no sleeves and zero chill. Oryx can leap up through destroyed hatches and can sprint through soft walls, barricades, and even operators. His mobility is unrivaled and in the hands of a creative player, he has the potential to be the ultimate roamer.

There are significant weaknesses to mitigate his effectiveness. You’ll take some damage from charging through a wall and it takes a second to ready your weapon after using the Remah Dash ability, so you can’t burst through a wall and mow down every enemy in sight without them having a chance of dispatching you first. Likewise, climbing up through a hatch takes a few seconds and you’re vulnerable the entire time, so cavalier use of Oryx’s athletic abilities is a sure-fire way to get yourself killed.

Despite those caveats, Oryx is a very, very difficult operator to pin down, making the task of room-clearing much more difficult for attackers. What use is cornering an operator if he can just run through either wall?

Playing with Oryx on the newly reworked Oregon, I was able to evade a pair of attackers far away from the bomb site, wasting most of the round by rotating up through hatches and barreling through walls. By the time they eventually trapped me I had reduced myself to a slither of health and could put up little resistance before being killed. However, with just over 30 seconds to get to site and plant the defuser I had effectively removed two attackers from the round and our team won handily.

What use is cornering an operator if he can just run through either wall?

In another round I was able to get a kill on a basement staircase, but a second attacker forced me to flee down the stairs. Fortunately, I had already destroyed a nearby hatch and was able to climb up through it while the remaining attacker crept down the stairs in pursuit – a few seconds later I was back down the stairs and able to secure an easy elimination.

Those extended periods where Oryx is vulnerable are likely to limit his use at a competitive level, but this is academic when it’s so damn fun to sprint through walls or send a fully shielded Montagne sprawling. Oryx feels like a force of nature, and his presence will surely set alarm bells ringing in the minds of any attackers who spot him during the prep phase. 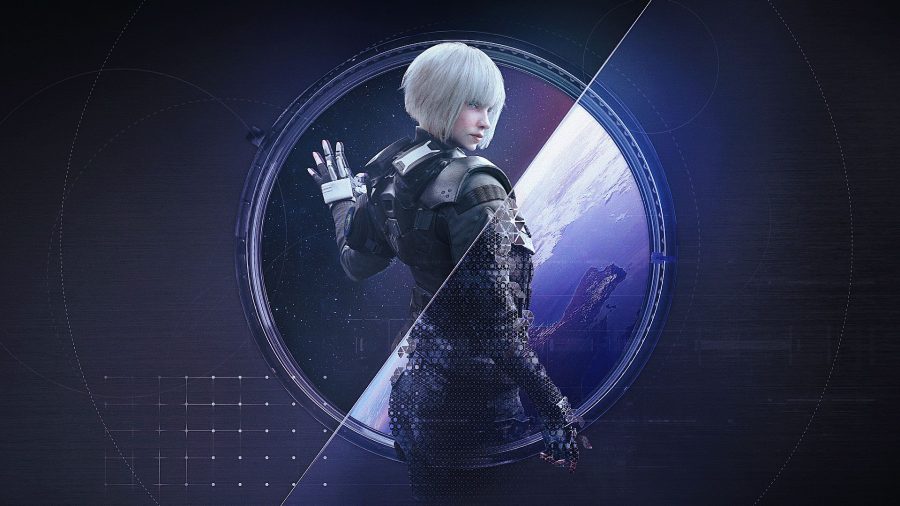 Whereas Oryx is a brute-force operator, Dutch attacker Iana is all about deception and subtlety. Her Gemini Replicator gadget creates an exact copy of Iana – with whatever cosmetics you have equipped – that she can control for a short duration. The drone will disappear if electrocuted, shot, or if you wander too close to one of Mute’s Signal Jammers, and you can’t shoot, rappel, or use ladders with it, so there is some limitation to how much information you can gain with it.

So, what can Iana actually do with her gadget? For starters, having a recharging drone helps out the attacking team’s drone economy a little, but she can also be used to tease out vital defender gadgetry like nitro cells, Smoke’s gas canisters, and Goyo’s explosive shields – although perhaps not at high levels where the ruse will be quickly identified. Playing with an entry-fragger in close support, Iana’s drone can also be used to draw out defenders, allowing the supporting player to quickly re-frag when the drone is shot out.

Playing as Ash I was able to confidently follow in the footsteps of Iana’s clone, striding into site and picking up the lead-off kill time and time again. Playing as Iana without support means you have to get a little more creative. In one round I was able to completely dupe a defender by sending my hologram around the eastern flank of the objective, before exiting the gadget and attacking from the western doorway instead, netting a free kill. Only time will tell if tactics like this will hold up in a live environment, let alone at a competitive level, but regardless I had a lot of fun playing both as Iana and in close support of her.

Our hands-on time with Operation Void Edge took place on the reworked Oregon map, one of the community’s most treasured maps, but a map that’s simply not viable at a competitive level. As multiple casters quipped during Oregon’s final season in the competitive map pool, it’s “where good teams go to die”.

What’s immediately noticeable is that the core of the map is unchanged and visually recognisable. The main entrance from Street spawn is unchanged save for a slight positional change to the laundry hatch. The dorms site has been expanded slightly so there are fewer chokepoints, and the only significant change to the big tower and meeting hall is that there is now a connecting corridor to bring the kitchen into play a bit more. All of the key renovations appear to have taken place on the small tower and basement, with the small tower now feeding directly into the kitchen, an opened up tunnel entrance into the basement, and an additional staircase to make downstairs a bit trickier to hold.

Oregon feels like the perfect map rework. The aesthetic is largely unchanged and most of the core components that worked before have been left intact, so veteran players will feel right at home after a couple of rounds. The changes to the basement make it much more dynamic. Previously, there was only one way to attack or defend the laundry bomb site, making it one of the most formulaic takes in the whole game, so the addition of a third staircase and the overhauled tunnel entrance are vital. Finally, connections between kitchen and meeting room will hopefully mean this is no longer a map with just two viable defensive holds.

Of the three key additions, Oryx and the Oregon rework are certainly the highlights. As ever, it’s too early to tell how well either operator – let alone the map changes – will bed in over time, but Oryx makes a predictably strong initial impression. So, when the Rainbow Six Siege Void Edge release date does finally roll around, it’s Oryx I’m most looking forward to playing – not because of his impressive roaming potential, but because I can’t wait to Kool-Aid Man my way through a wall and terrify attackers.