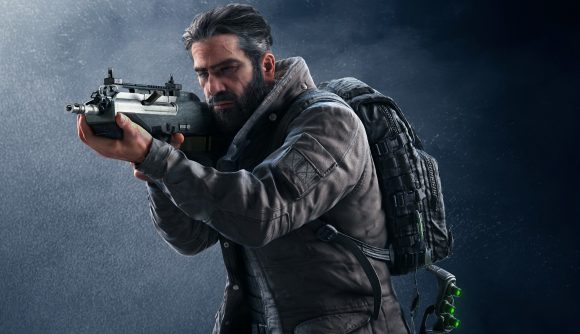 This past weekend, Microsoft dropped a big teaser on its Xbox Game Pass Twitter channel – an image of a historical siege scene under a sky with six rainbows stacked on top of each other. Its meaning was pretty clear: there was some Rainbow Six Siege news to share soon. Sure enough, the company’s now announced the FPS game’s headed to Xbox Game Pass for console and Android soon. As for whether it’ll join the PC Pass in the future isn’t yet clear though.

So, it’s not a confirmed ‘no’ as to whether Rainbow Six Siege will join the Xbox Pass for players based on our home platform in the future, as such, but it doesn’t seem likely we’ll see it hit the PC Game Pass’ catalogue any time soon, either.

As for players based on consoles, Rainbow Six Siege hits Xbox Game Pass on October 22, according to the announcement post.

If you’re curious to see what you can play via the Xbox Game Pass for PC right now, you can find a handy rundown on Microsoft’s site here. We also have some lists of the best RPG games, best PC games, and upcoming PC games to be aware of should you be on the lookout for something new to try and want some pointers.