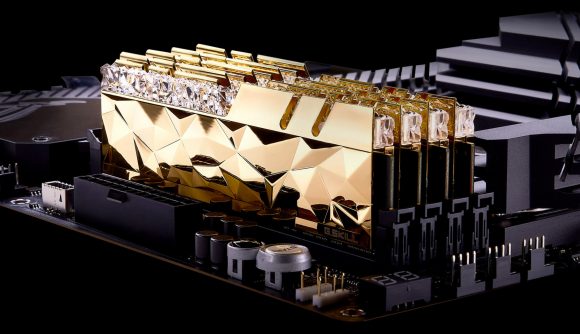 While we reported back in April that the price of DRAM modules could increase by 28% come July, it shows no sign of slowing down, as a report from Digitimes suggests that they’ll continue to rise thereafter. It claims that both DRAM and NAND modules will see “double-digit” contract price increases, which could in turn see the MSRP of the best gaming RAM and the best SSD for gaming climb. The latter is already seeing price hikes, thanks to the Chia crypto mining boom.

With the GPU shortage not letting up any time soon, 2021 still isn’t treating us nicely when it comes to building the best gaming PC. Even the best gaming laptop isn’t safe as the RAM and SSDs inside get more expensive for the manufacturer to source.

DDR5 RAM is scheduled to arrive later this year alongside Intel’s 12th gen Alder Lake CPUs, which could also put a strain on demand. It’ll take a while for the new generation to find its footing with limited compatibility at first, but as more people move on from DDR4, DRAM could be spread even thinner.

We’d recommend picking up a new SSD or fresh RAM sticks sooner rather than later if you’re in the market, as we can only expect prices to increase from this point.