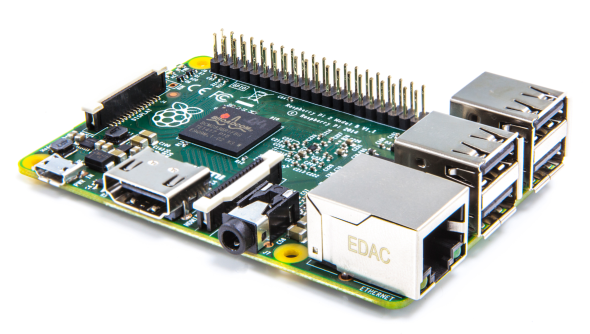 The new Raspberry Pi packs a quad core processor and a gigabyte of RAM. Its makers reckon it’s “about six times more powerful for most applications.”

Out of the box it will run the Linux OS but the team are also working with Microsoft to develop a stripped back version of Windows 10 that will be free to all owners of the Raspberry Pi 2.

“We think it’s about six times more powerful for most applications,” Eben Upton, founder of Raspberry Pi, told the BBC. “You can do most of the things with this that you can do with a PC. You can surf the web, you can watch videos, you can play games like Minecraft. But we also bundle it with the tools that children need in order to learn how to program.”

The team have kept the Raspberry Pi 2 compatible with everything that’s come before, so “all of those tutorials that people have developed over the last few years will carry on working with this device.”

That also means that you’ll still be able to play the free version of Minecraft on the Raspberry Pi 2.

It’s also physically the same size so it will fit in your old Raspberry Pi enclosure.

On their site the Raspberry Pi Foundation reveal that for the past six months they’ve been working with Microsoft “to bring the forthcoming Windows 10 to Raspberry Pi 2.” They also say that “The Raspberry Pi 2-compatible version of Windows 10 will be available free of charge to makers.” You can find more details over on Microsoft’s dedicated Raspberry Pi community.

The credit card-sized computer will soon be on sale for $35 over in the Raspberry Pi store.