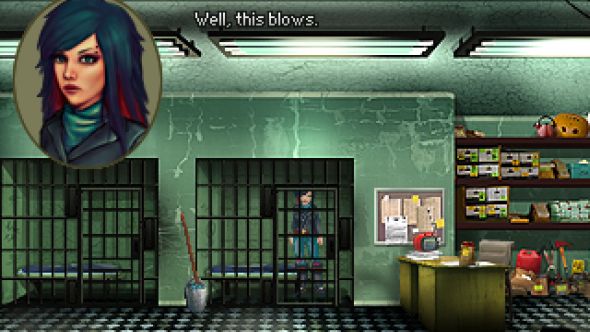 Last week’s news that  Steam Greenlight would essentially be replaced by Steam Direct has drawn a mixed response. While plenty acknowledge the problems of Greenlight, the indie community has raised concerns that the fee Valve will charge for Direct might represent a barrier to entry for some smaller devs. Fortunately, Swedish publishers Raw Fury have a solution: they’ll pay.

If Steam Direct and Raw Fury give us more hits like the best indie games on PC, we’re all for it.

The size of the fee is yet to be determined, but according to Valve’s announcementlast week, they’re considering any amount from $100 to $5,000.

Raw Fury agree “that there are valid reasons to try to curate and raise the quality bar”, but are concerned that “quality games made by talented developers will not make it onto Steam” if the fee is fixed near the higher end of the proposed range.

Hence, Raw Fury say they have decided to support devs that are doing good work but would struggle with an expensive fee “by paying the fee for them. We wouldn’t ask for any stake in games we support in this way, we’d just pay the fee upfront and give the dev team a high five.

“If the game is successful enough we’d ask for the fee to be paid back but only because we’d use those same funds to continue this effort for other devs”.

So they’re asking for no profit, only reimbursement and only if successful, with the only criterion for funding being that the project meet a given standard of quality.

It’s an incredibly generous offer, and Raw Fury are understandably nervous about getting overwhelmed with demand and letting devs down, but they say it’s worth the risk. They promise further details “when we have a clearer picture of what the fee is and how Steam Direct will ultimately function.”